Grab a drink and a comfy chair, because this is going to be a lengthy post. 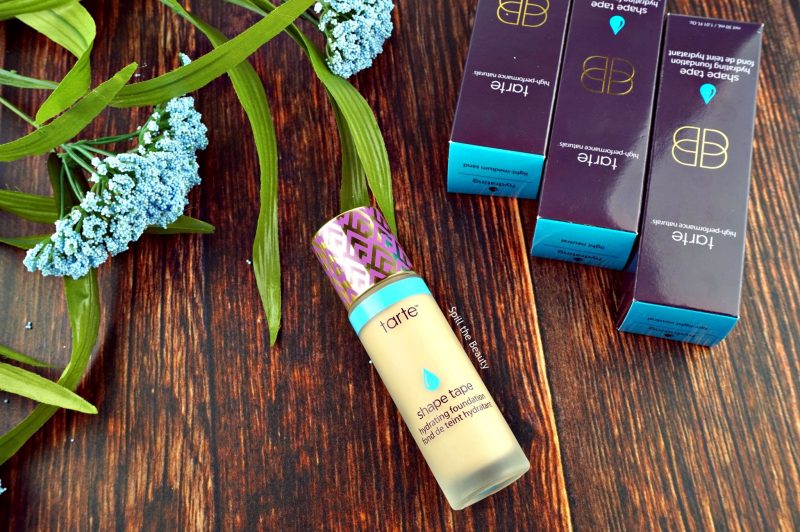 It’s time to talk about one of the most talked talked about products of 2018; the Tarte Shape Tape foundation.

This foundation had a lot of chatter around it for two reasons:  it was the follow-up to the Shape Tape Concealer, and it had some controversy surrounding it.  While I love playing with and reviewing makeup, it would be ignorant of me to not discuss everything that came with the launch of the Tarte Shape Tape foundation, including the backlash.

Ever since the Shape Tape Concealer (review HERE) came into the picture, people were begging Tarte to make a Shape Tape foundation; including myself:

So when Tarte teased that something big was being added to the Shape Tape family, the beauty world could barely contain their excitement.  The concealer was such a hit.  It checked all the boxes; good coverage, long-lasting, and a shade for everyone.  So naturally, beauty fans thought that the foundation would follow the same recipe.  However, when the foundation was officially announced, it appeared that Tarte would be releasing two different foundation finishes, with 15 shades per finish (I’ll be honest, I was hoping that it would be one finish, with identical shades to the concealer line).  Out of the 15 shades that were released, about ten of them were for light skintones, two for medium skintones, and three for deep skintones.  One would hope that with three main categories of skintones, you would do five shades per skintone, but for whatever reason Tarte did not do that.

The beauty world was not happy.  With brands releasing 40 shades of foundation, we have come to expect that a well-established brand would follow suit, and cater to all of their customers, and not just a fraction of them.  My stance on makeup has always been that no matter how much weight I gain or lose, makeup will always fit; and when someone is excluded from a community that they felt safe in like the beauty community, which welcomes so many different types of people, it’s an unbearable feeling.

After initially responding to the issue with a poorly thought-out quote, Tarte took to their Snapchat to apologize and vow to change.  They said that they can and will do better, and they will be adding more shades to the range.  Because of that I decided not to discuss the foundations until Tarte added the promised new shades.  I wouldn’t want to review a foundation, think that it’s amazing, and encourage people to get it if a large number of people didn’t have the option to get it.

Now that three additional shades have been added to each finish (matte and hydrating), I want to get into the review.  The Tarte Shape Tape Hydrating Foundation ($39 USD/$49-$55 CAD) comes in a cloudy 30 ml bottle, with the Shape Tape pattern adorned cap. 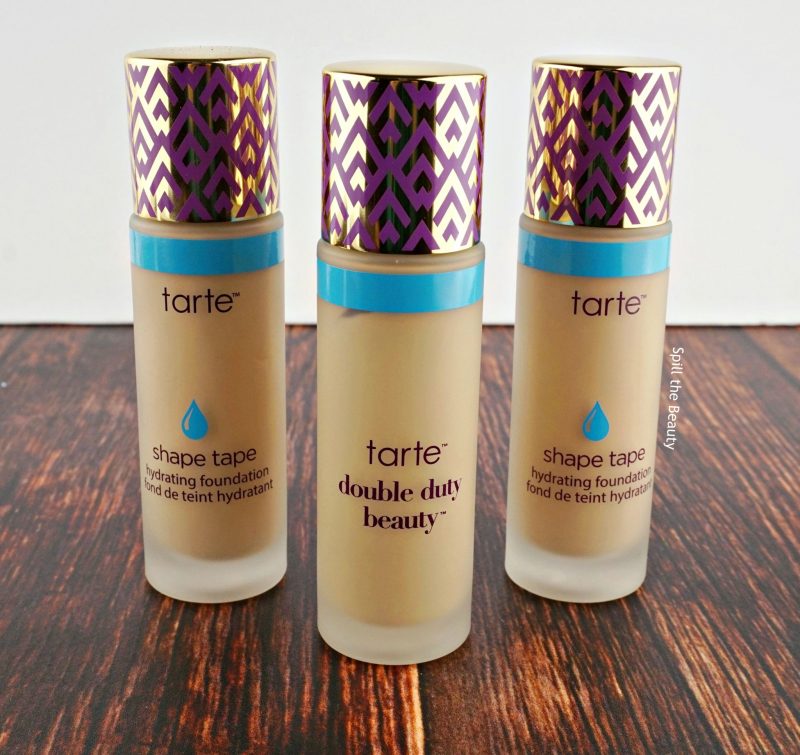 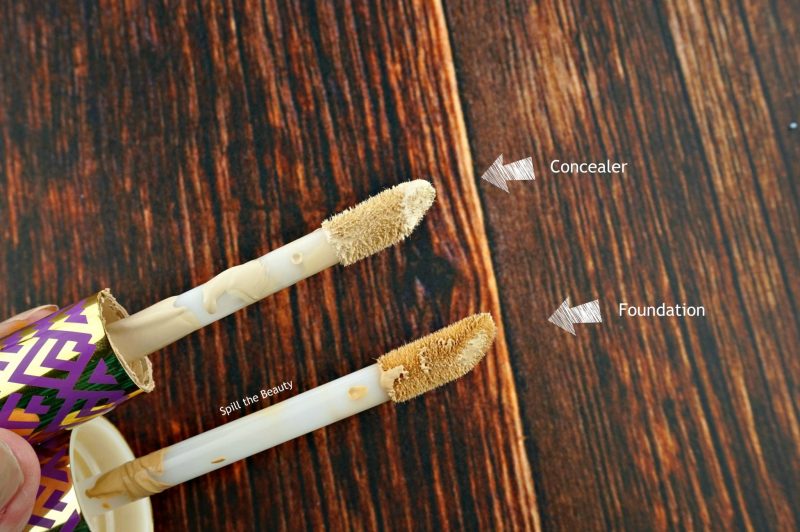 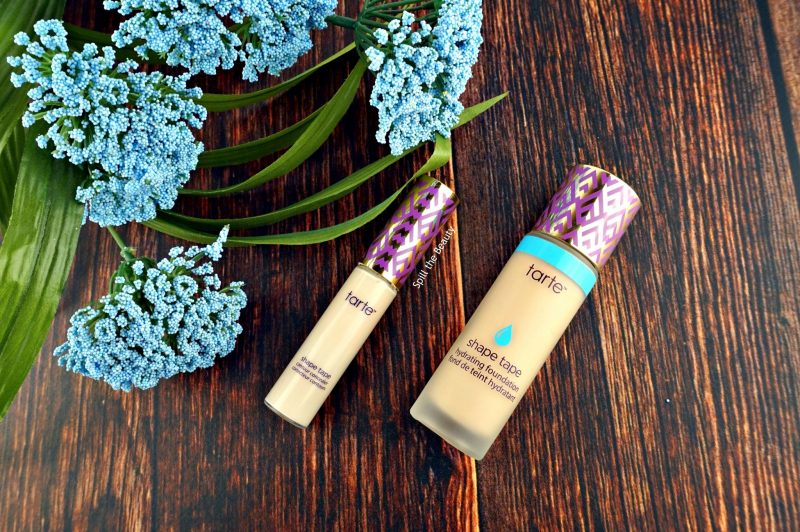 I got light to medium coverage out of this foundation.  I applied one layer of “Fair-Light Neutral” with a damp Tarte Quickie Blending Sponge, then went back in on areas that needed more coverage. 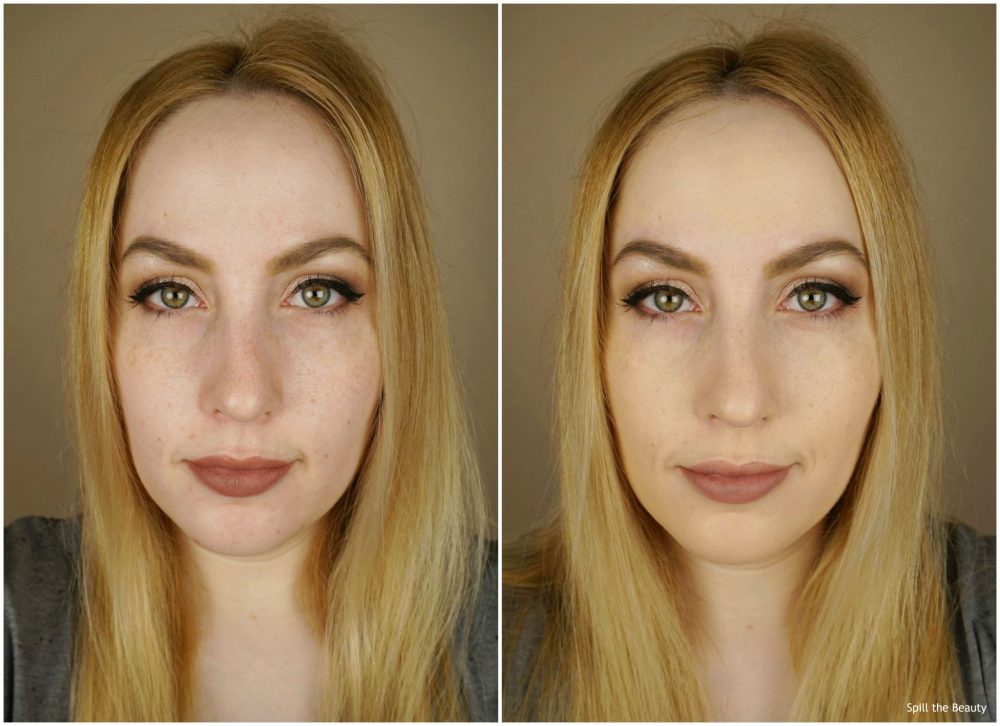 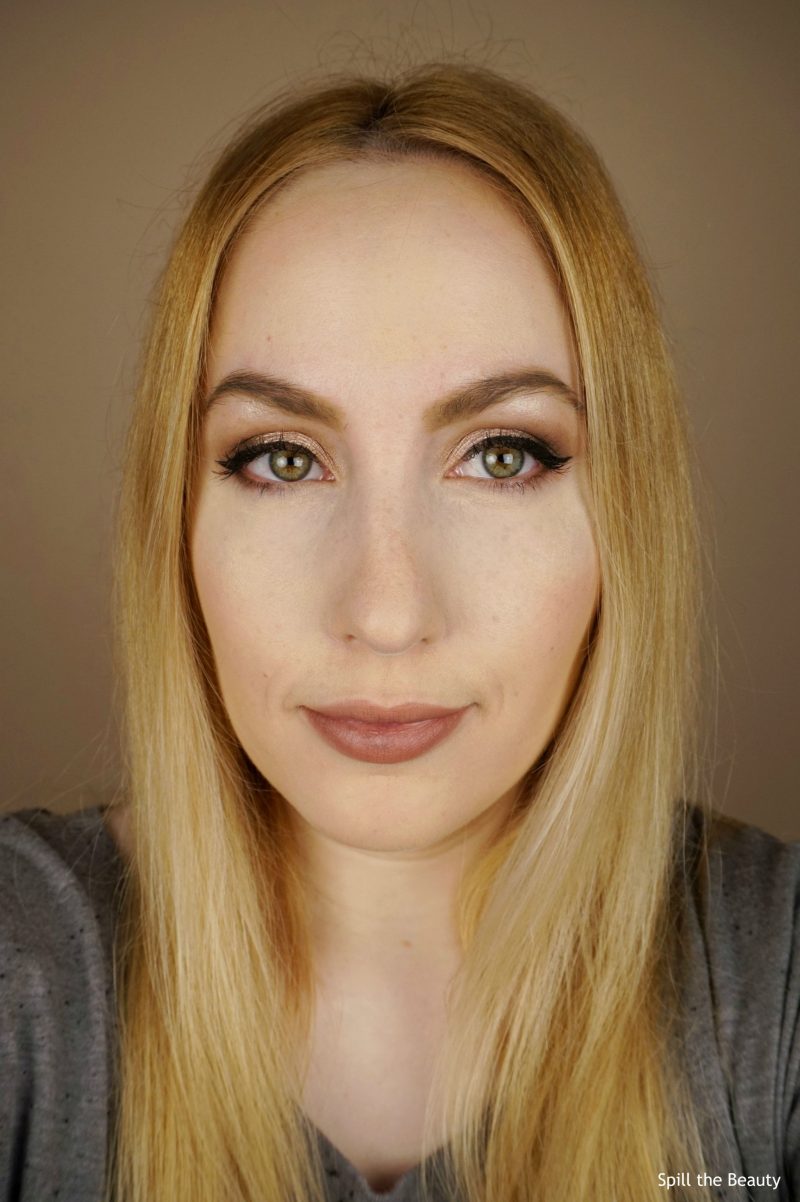 It lasted all day for me (14 hours to be exact).  It sheered out on my t-zone, as many foundations do, but there was still product left behind when I swiped my finger across my forehead at the end of the day and found product on my fingertip.  On longer days the product on my upper lip migrated, to make a cobblestone-like pattern, when looking closely.  When my oil would start poking through, my face would just look significantly more dewey than it originally started out as at the beginning of the day; but I didn’t look like an oil-slick.  The foundation worked for me, although I don’t know if it the hydrating formula would work for people with excessively oily skin (I have combination skin). 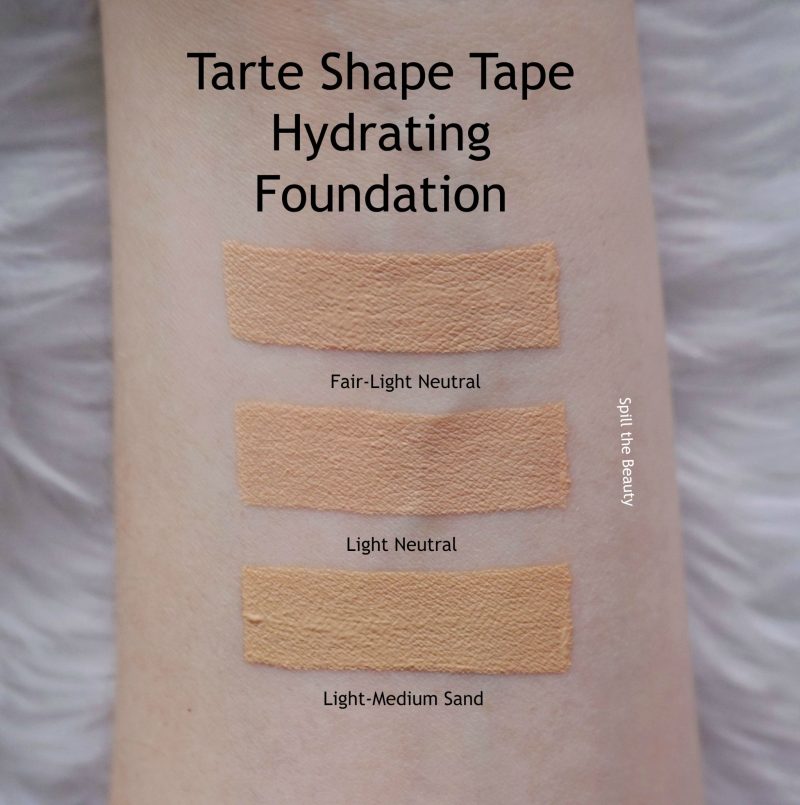 That’s the hydrating foundation.  Bigger than this review is the takeaway from it.  While Tarte has apologized and promised to change, it’s not up to me to accept their apology; it’s up to the people who were excluded as to whether they want to give the brand a second chance or not.  And while I can’t tell people to accept the apology, I can voice my thoughts on apologies; it’s not about the apology, but the changed behaviour that follows.  I really hope that Tarte can make this up to the people who were excluded, and make it up tenfold.  I hope that Tarte and the rest of the beauty world looks at this as an opportunity to earn peoples trust, support and loyalty, by making everyone feel included.

Tarte has added an additional three shades, so now both finishes have 18 shades, instead of 15.  You can find the Tarte Shape Tape Hydrating Foundation at Ulta, Ulta.com, or TarteCosmetics.com