Besides a good colour match, the number 1 thing I look for in a foundation is coverage.  So when I heard about how Dermablend’s priority is achieving good coverage, the heavens sang. 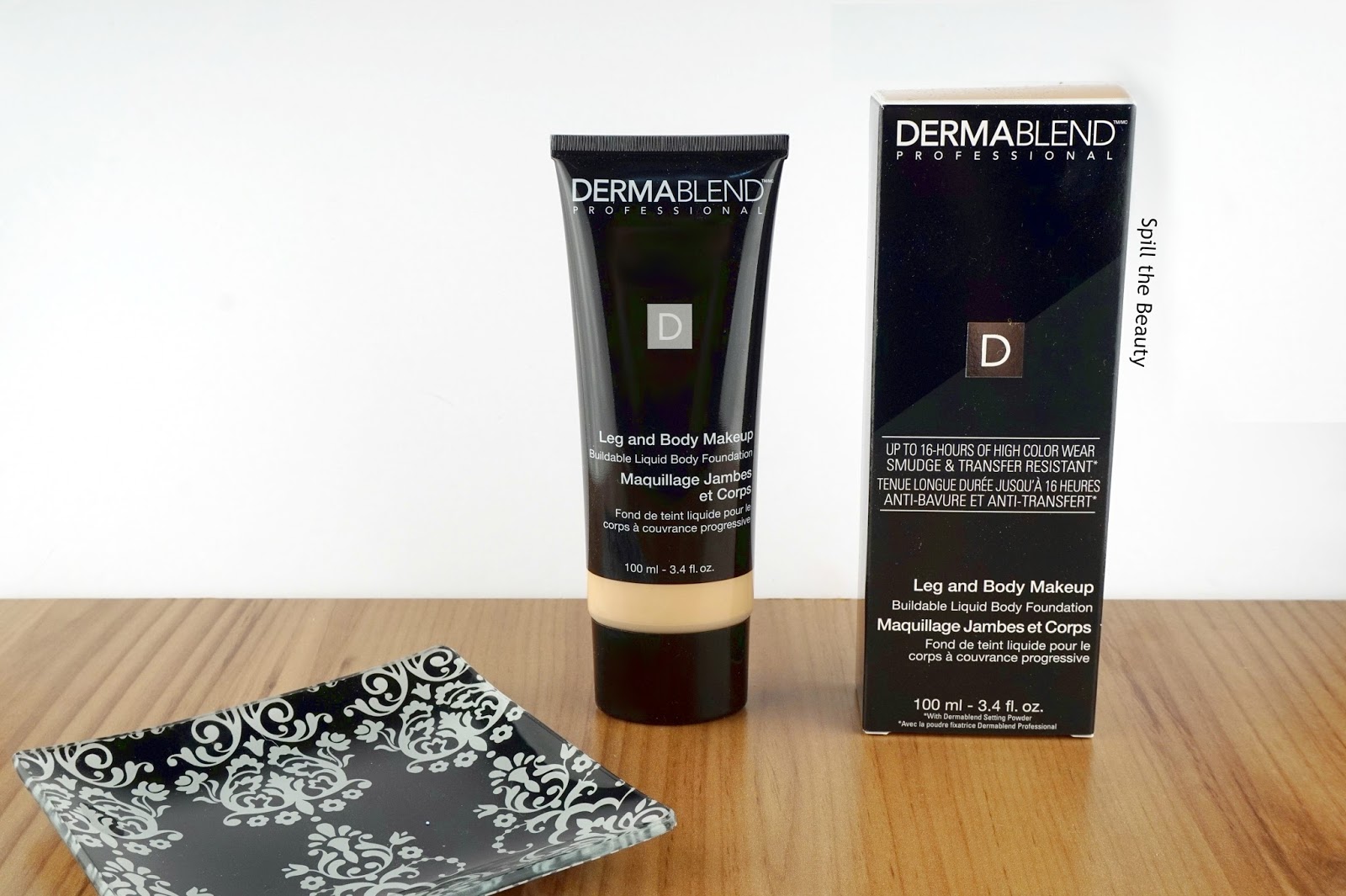 While I have yet to try the face foundation, I did try the Leg and Body Makeup.

The Dermablend Leg and Body Makeup is a “Buildable liquid body foundation”.  After finding out that this product is aimed at an audience that wants to cover scars, tattoos, stretch marks, birthmarks, and bruises, the idea of “body foundation” made a lot more sense to me. 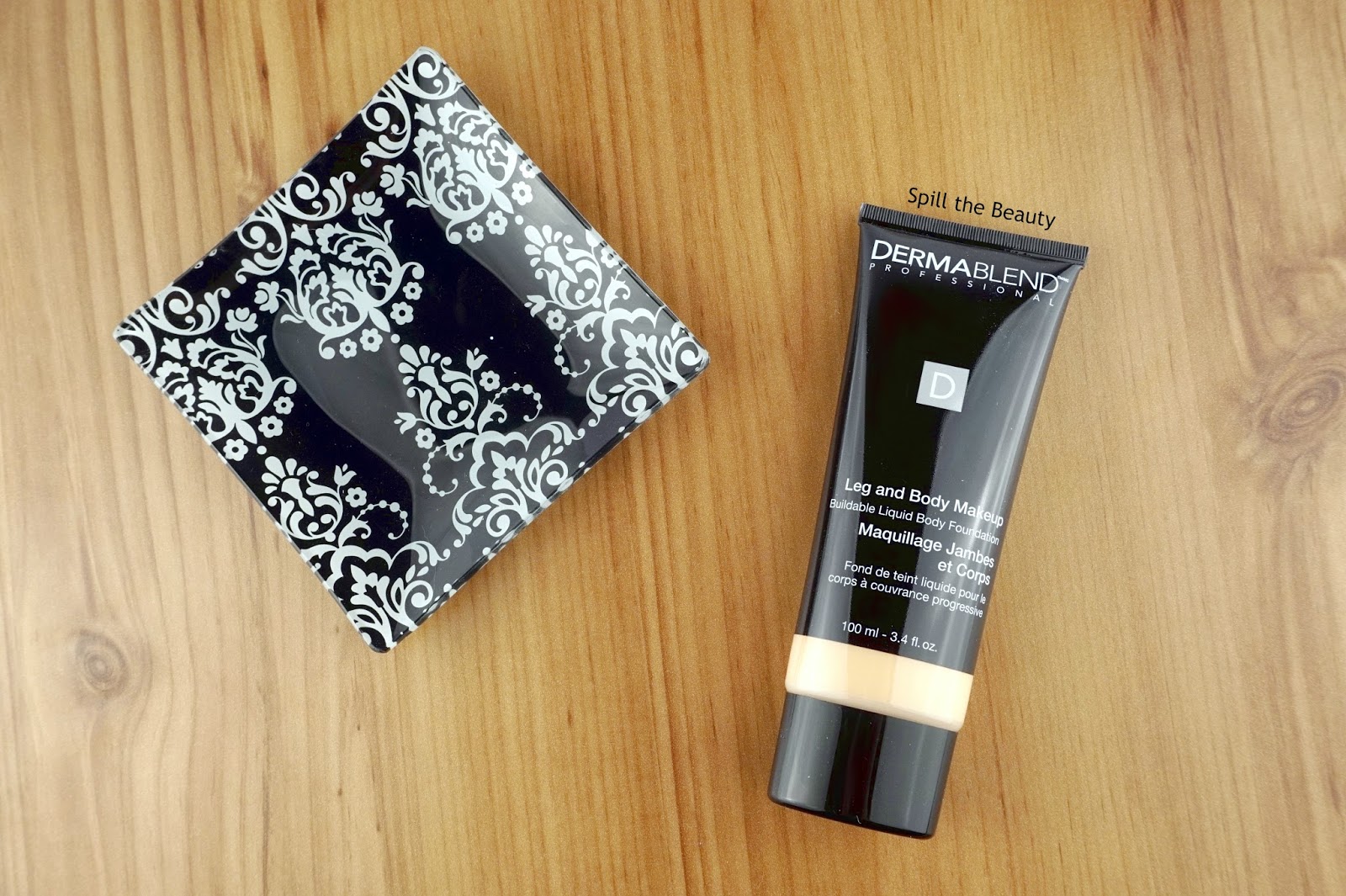 One tube of the Leg and Body Makeup contains 100 ml of product, compared to the average bottle of face foundation that contains 30 ml of product.  It comes in a flat squeezable tube, with a twist-off cap. 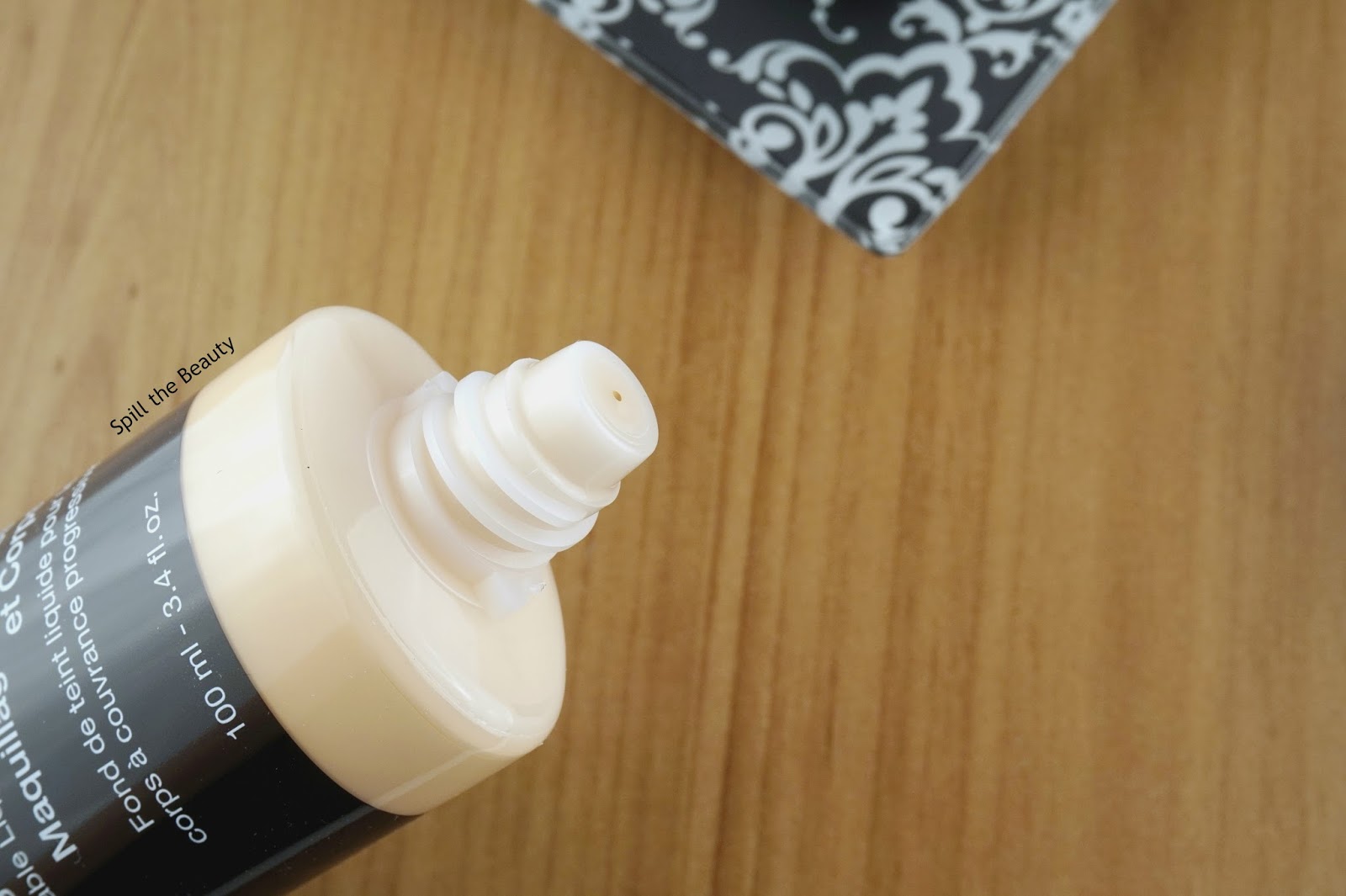 I tested this foundation out on a day where I was attending a wedding.  Of course, it was a great time to test out the product on my legs, as my scars and bruises were on full display (I wore a knee-length dress).  As recommended by the people at Dermablend, I set the product with the Dermablend Loose Setting Powder.

At first I wan’t too keen on this product.  The main things I wanted to cover up were my bruise, and my vein, which still managed to show through, even after a generous layer of the foundation.  And even though ‘Fair Ivory’ is not a perfect match to my skintone, I did end up liking the the fact that it made my legs more of a consistent shade, instead of my regular uneven skintone.  The majority of it managed to stay on for the rest of the evening, although that might be because I didn’t have any fabric rubbing against it. 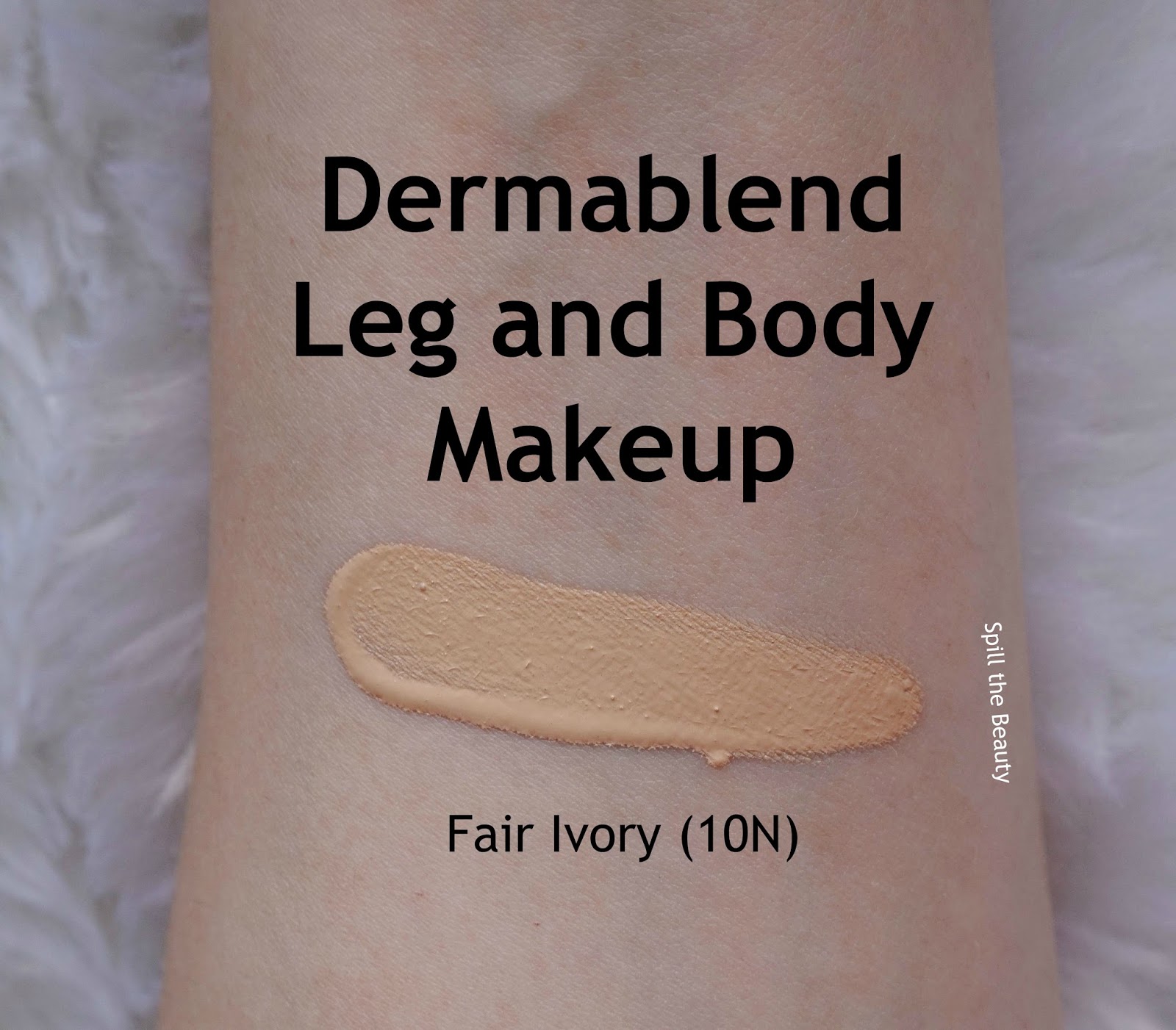 That’s when I decided to really put this product to the test.  Being tattoo-free, I know that I’m not the best test subject for a product that claims to cover up tattoos.  So my co-worker agreed to be my guinea pig – we attempted to cover up a tattoo on their outer calf, which was covered by loosely flared out yoga capris.  I applied two layers of the product (tapped away any excess), and set it with the loose powder, using the baking method, for 15 minutes.  At first, the tattoo looked fairly covered, although you could still see a bit of it poking out.  However, after 3 hours the product had completely oxidized (turned orange), and had significantly worn off, to the point where you could easily make out the tattoo.  A fair amount of product had also rubbed off on the inside of their capris, even though they were flared out around the area where the tattoo was.  So unfortunately, when it comes to tattoo coverage, the Leg and Body Makeup didn’t pass the test.