Well friends, it’s official.  Kat Von D has confirmed via Instgram that she is indeed working on a collaboration with Too Faced cosmetics. 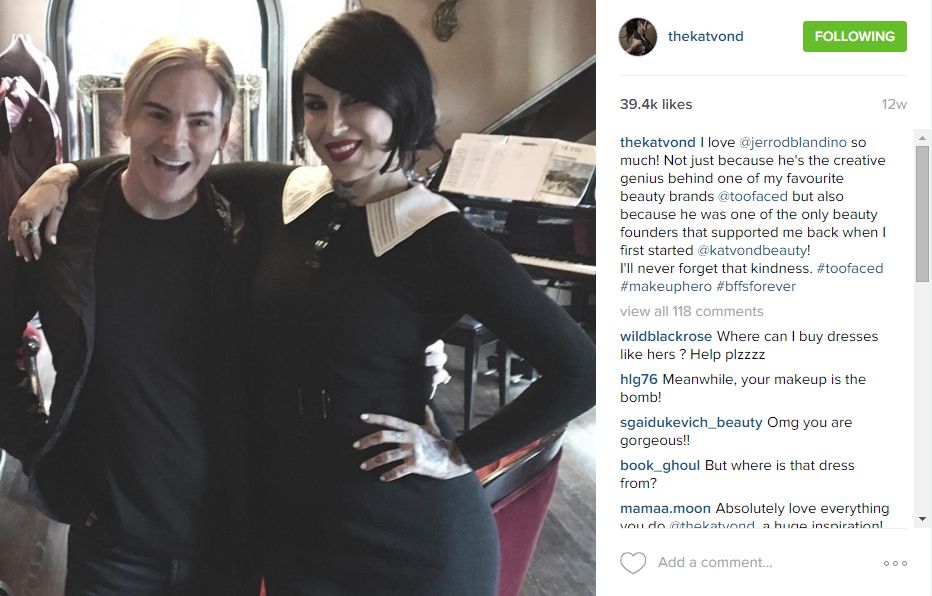 A couple of months ago, Kat Von D posted the photo pictured above to her Instagram page featuring her and Too Faced co-founder & chief executive creative officer, Jerrod Blandino. 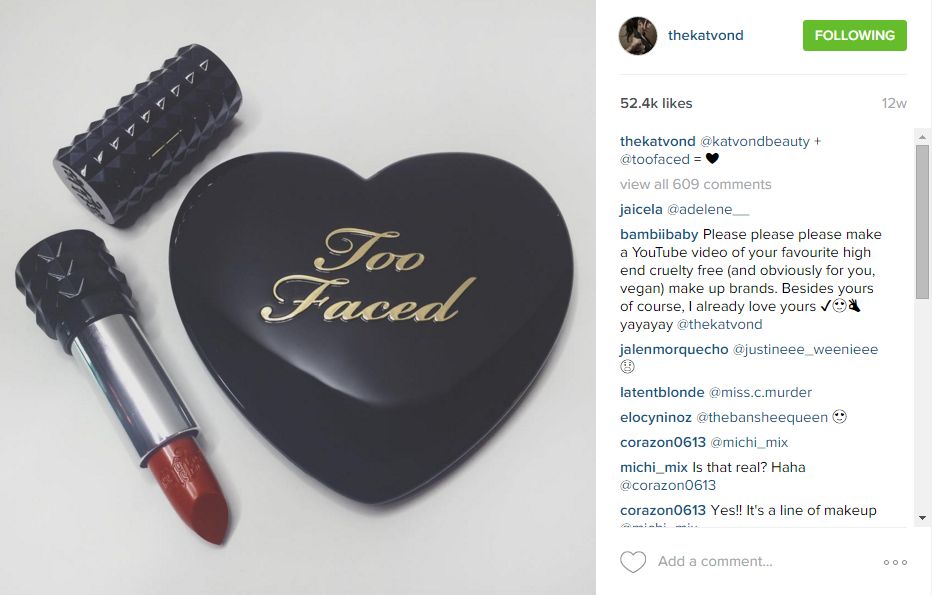 Shortly after, Kat posted this photo, creating speculation that Too Faced and Kat Von D would be working on a collaboration. 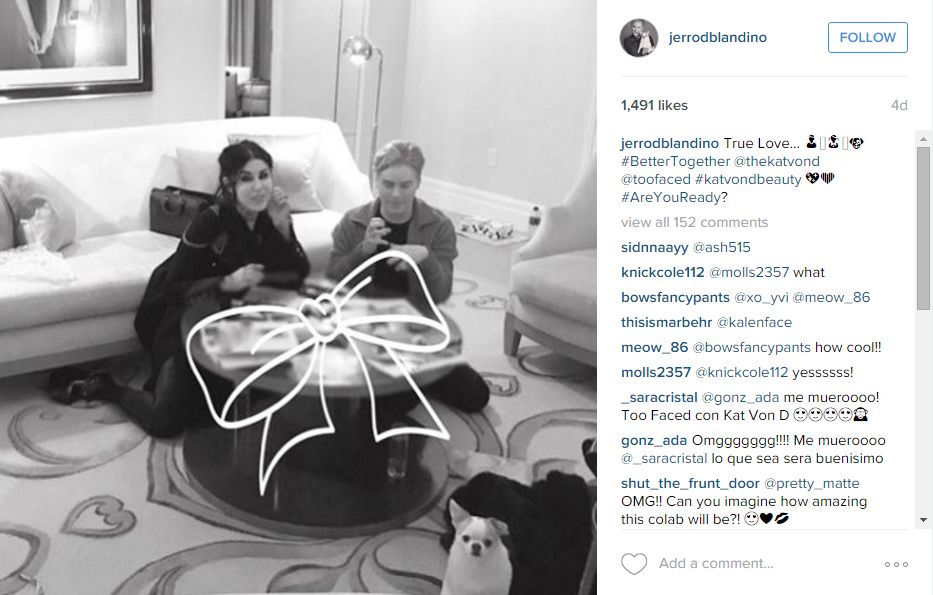 About 4 days ago, Jerrod posted this little black and white teaser, showing him and Kat sitting at a table with what makeup fans were hoping would be some potential new products.  However, the products were blurred out, and censored with a big white bow. 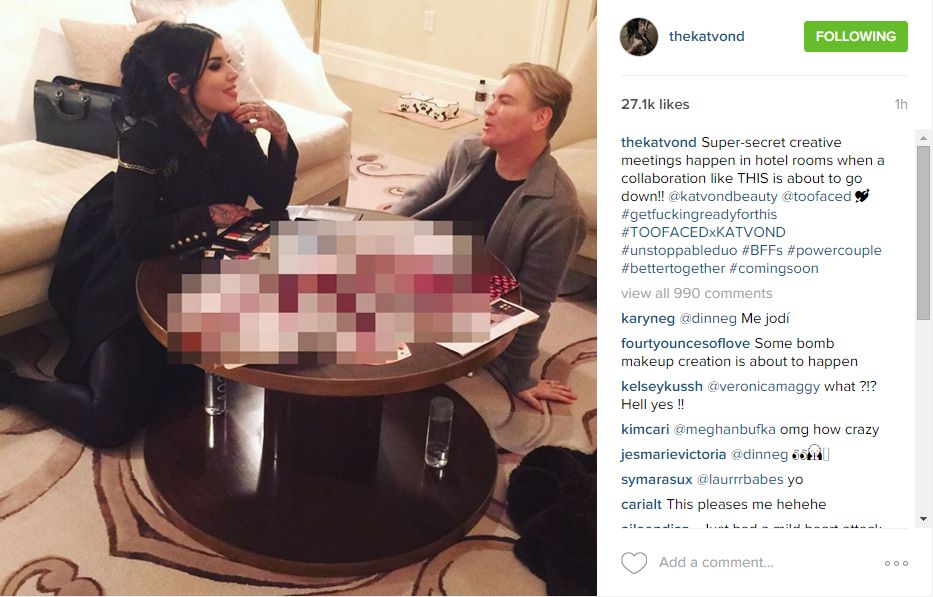 Today, Kat officially confirmed that there will indeed be a Too Faced X Kat Von D collaboration, with another censored photo.  What we can make out in the photo is that so far there looks to be a palette that has 6 neutral coloured heart-shaped shadow pans (like the ones in the Too Faced Chocolate Bon Bons eyeshadow palette), and 6 rectangular shadow pans (like the ones in the Kat Von D Shade & Light eye contour palette), that appear to be red, peach, white, black, grey, and taupe.

That’s all we know so far – my mind is running a million miles a minute.  What could it be?  WHAT WILL THE PACKAGING LOOK LIKE?  Maybe a pink studded lipstick?  Maybe a palette where the shadows are shaped like kitties as an ode to Kat’s pet Piaf?  I can’t wait!

*UPDATE*  – Jerrod Blandino also posted his own confirmation to his Instagram page. 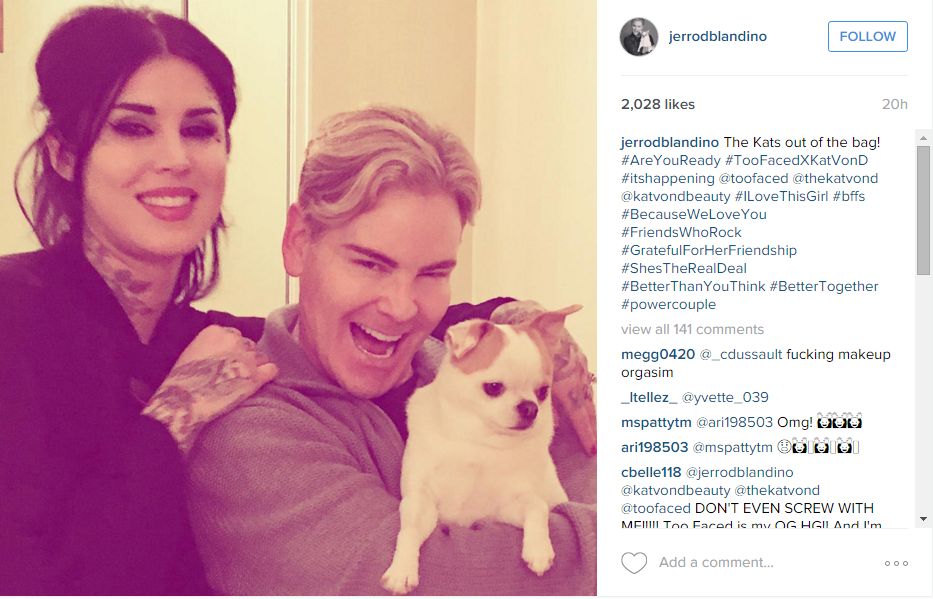 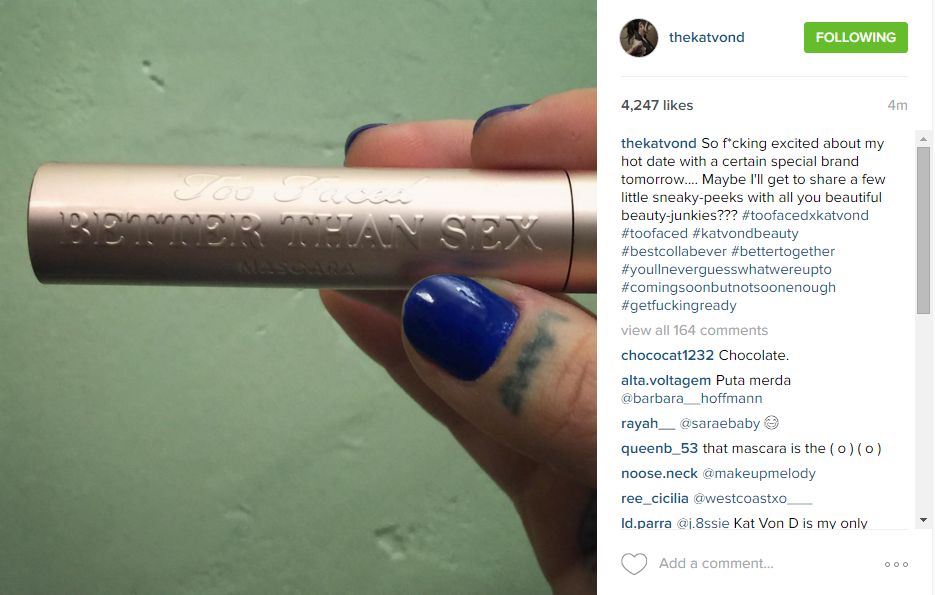 Kat will be meeting with Too Faced tomorrow and might be posting some sneak peeks!  I’ll keep you all updates, as they come.

Too Faced just posted a picture of the collaboration on their Instagram page. 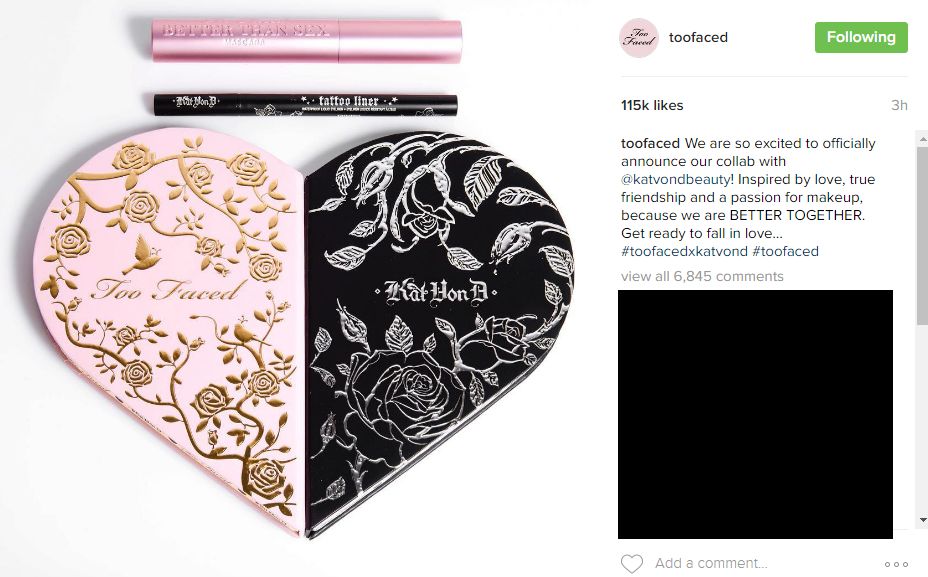 What’s even more exciting is that Instagram user @laura.zmb posted a picture of the open palette, with details about what it contains, and the release date. 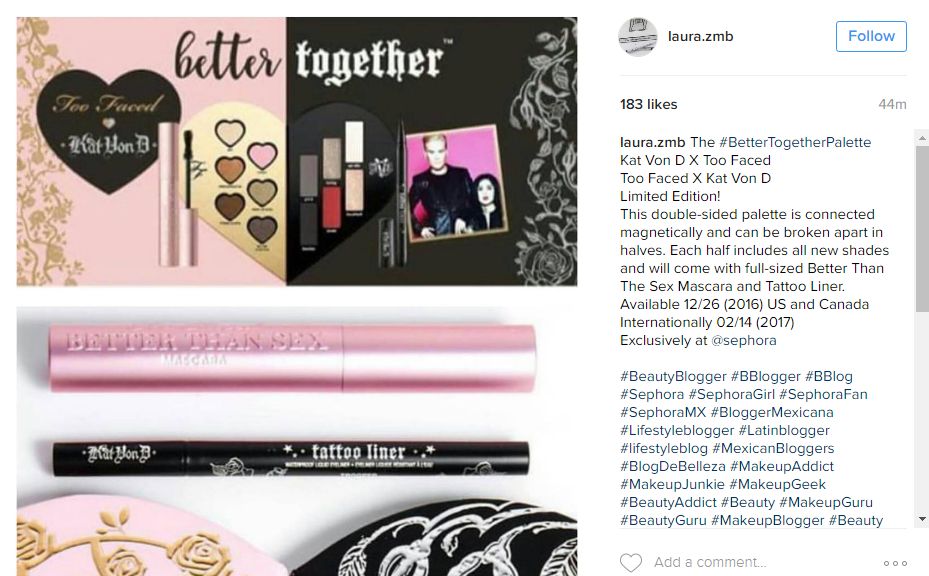 This double-sided palette is connected magnetically and can be broken apart in halves. Each half includes all new shades and will come with full-sized Better Than The Sex Mascara and Tattoo Liner.

Thanks for reading, and until next time, toodles! – Shawna