Feeling nautical?  This summer Quo Cosmetics is yelling ‘Anchors Away!”. 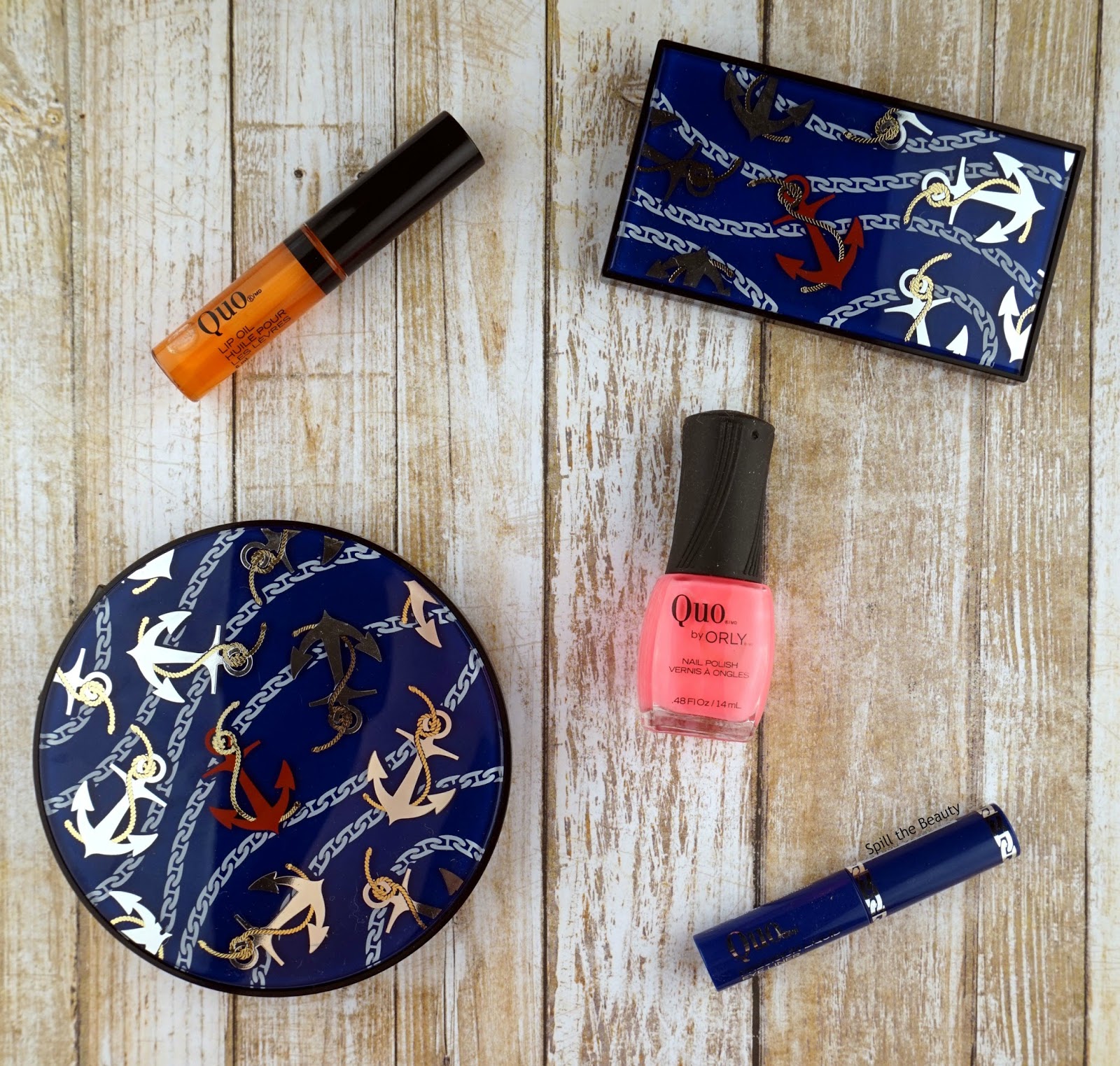 Take a look at what you’ll see pop up at Shoppers Drug Mart.

Before we get into the makeup, let’s take a look at the Quo by Orly Summer 2016 Limited Edition nail polishes.  Quo is releasing four bright and bold neon colours including:  ‘Pink Bikini’ – a hot pink, ‘Coastal Cruisin’ – an orange-red, ‘Sun Daze’ – an almost green neon yellow, and ‘Purple Sunset’ – a orchid purple, which retail for $9.99 each. 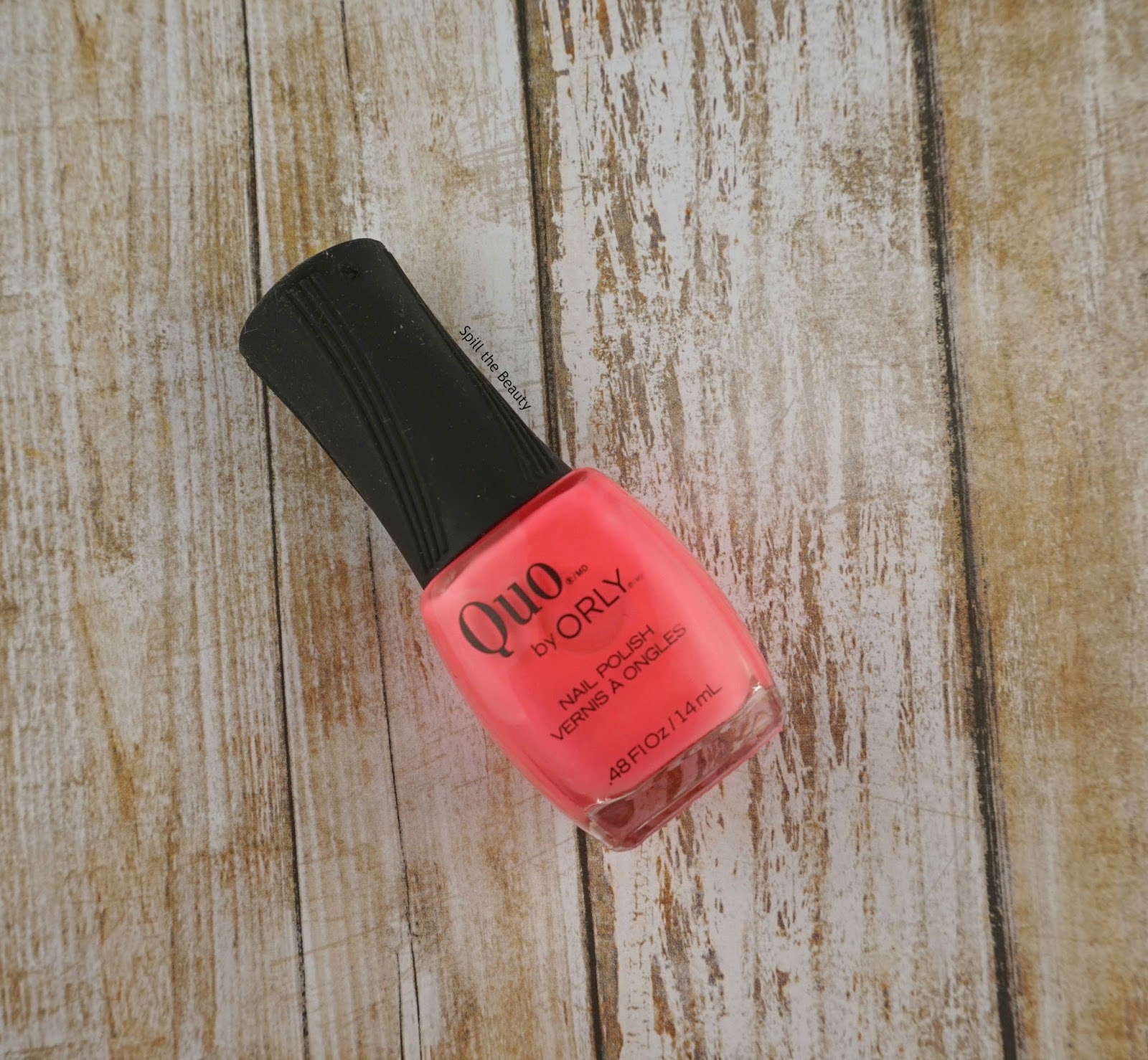 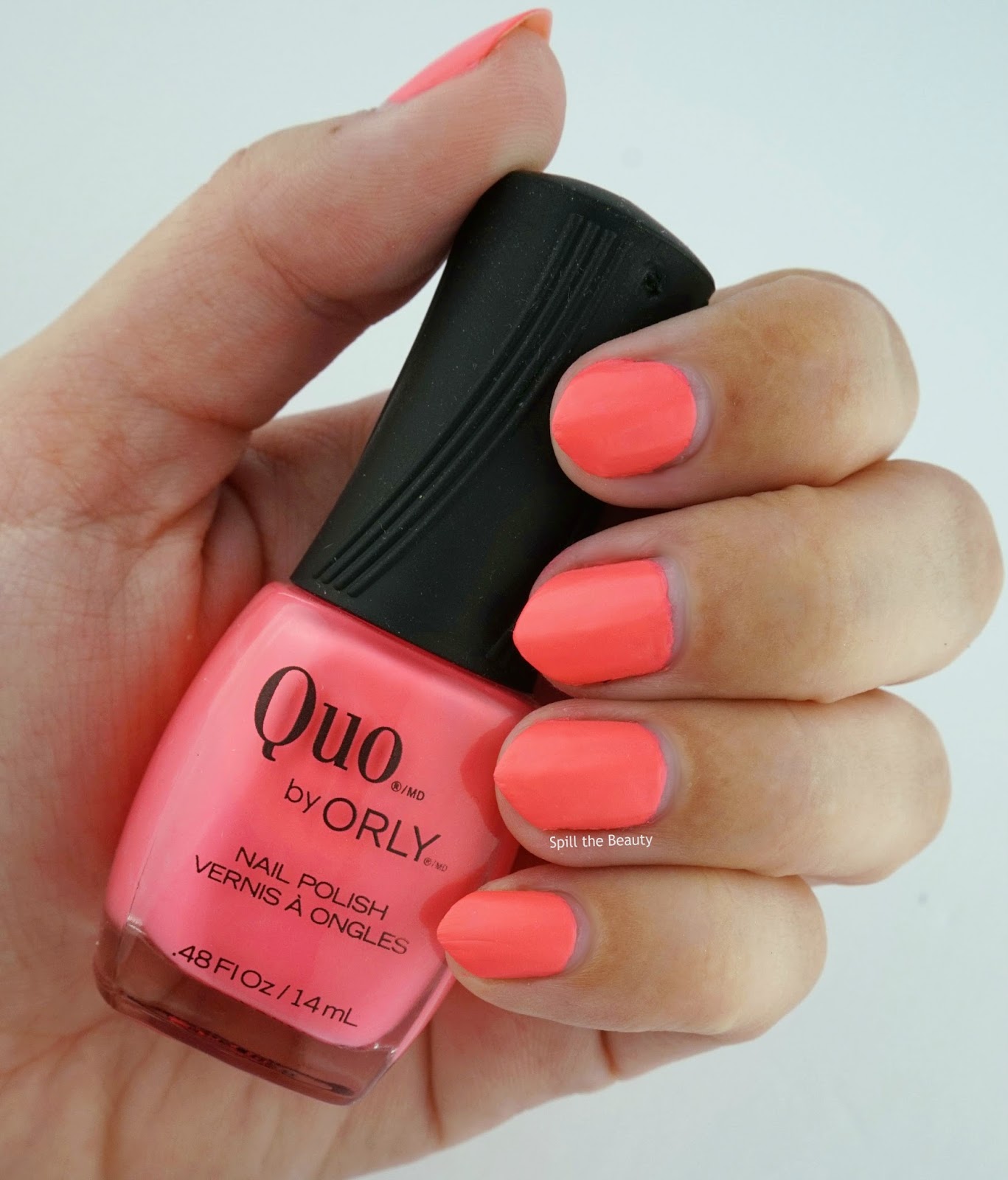 Next up is the makeup!

Quo is releasing two lip oils – one that has an orange tint – ‘Set Sail’, and one that has a pink tint – ’40 Knots’, which retail for $12 each.  The lip oils appear clear on the lips, but are a great option if you just want a non-sticky coat of shine.  They have a paddle applicator that picks up the perfect amount of product for a single application.  I couldn’t quite put my finger on the scent, but ‘Set Sail’ had a fruity scent….maybe it was cherry? 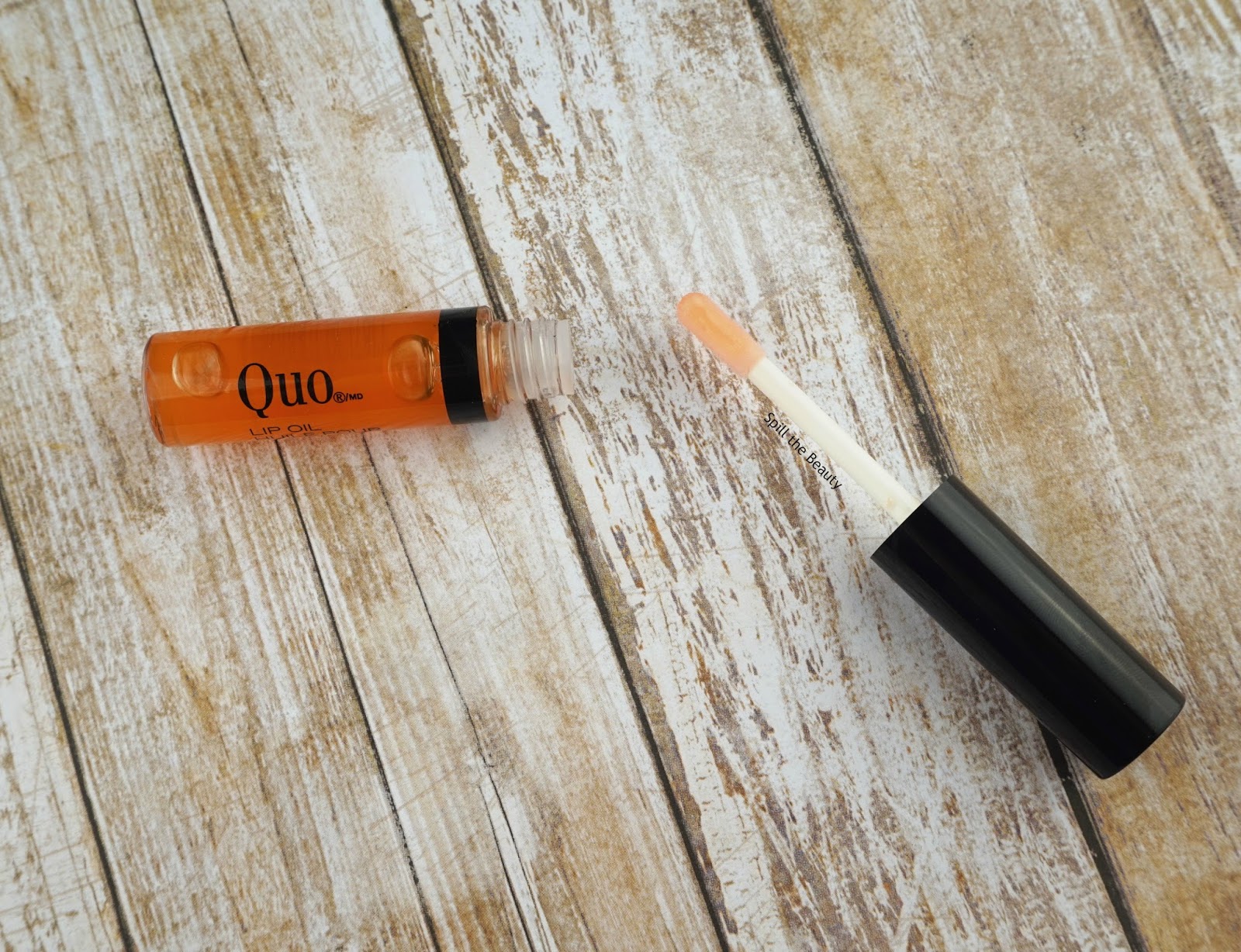 There is also a precision liquid eyeliner called ‘In The Navy’ which retails for $12.  It is a dip-style eyeliner, but the applicator is really firm, which made for a super easy application.  At first I thought that the formula dried to a matte finish, but from certain angles I could definitely see some metallic blue shining through.  Make sure that you shake it before you apply it, or it’ll end up being separated and a bit watery. 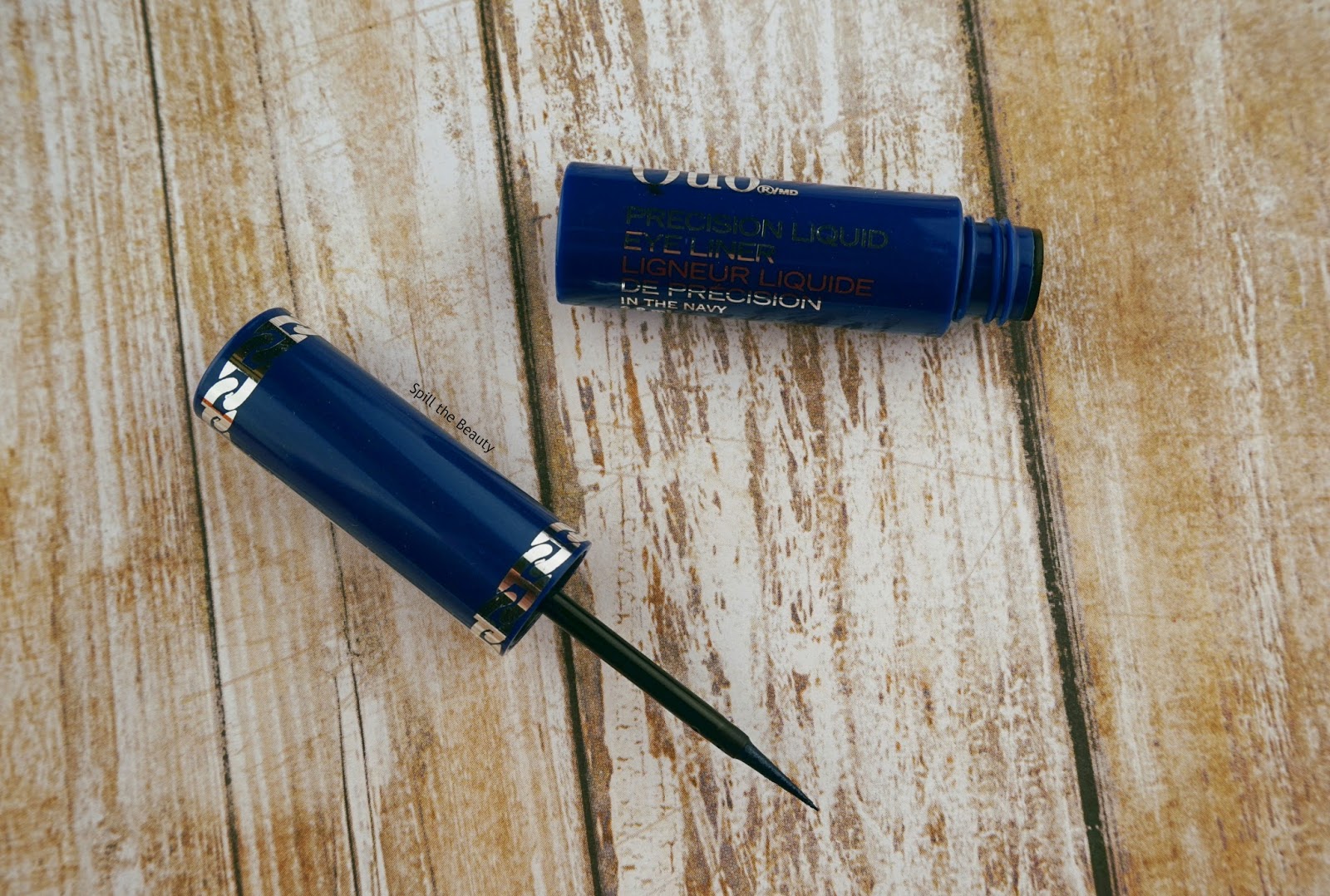 The ‘Sunny Days’ bronzer is $22, but it is GIGANTIC.  Easily bigger than my palm, almost bigger than my entire hand.  It was divided into three sections, but when swirled together, it created a beautiful shimmer. 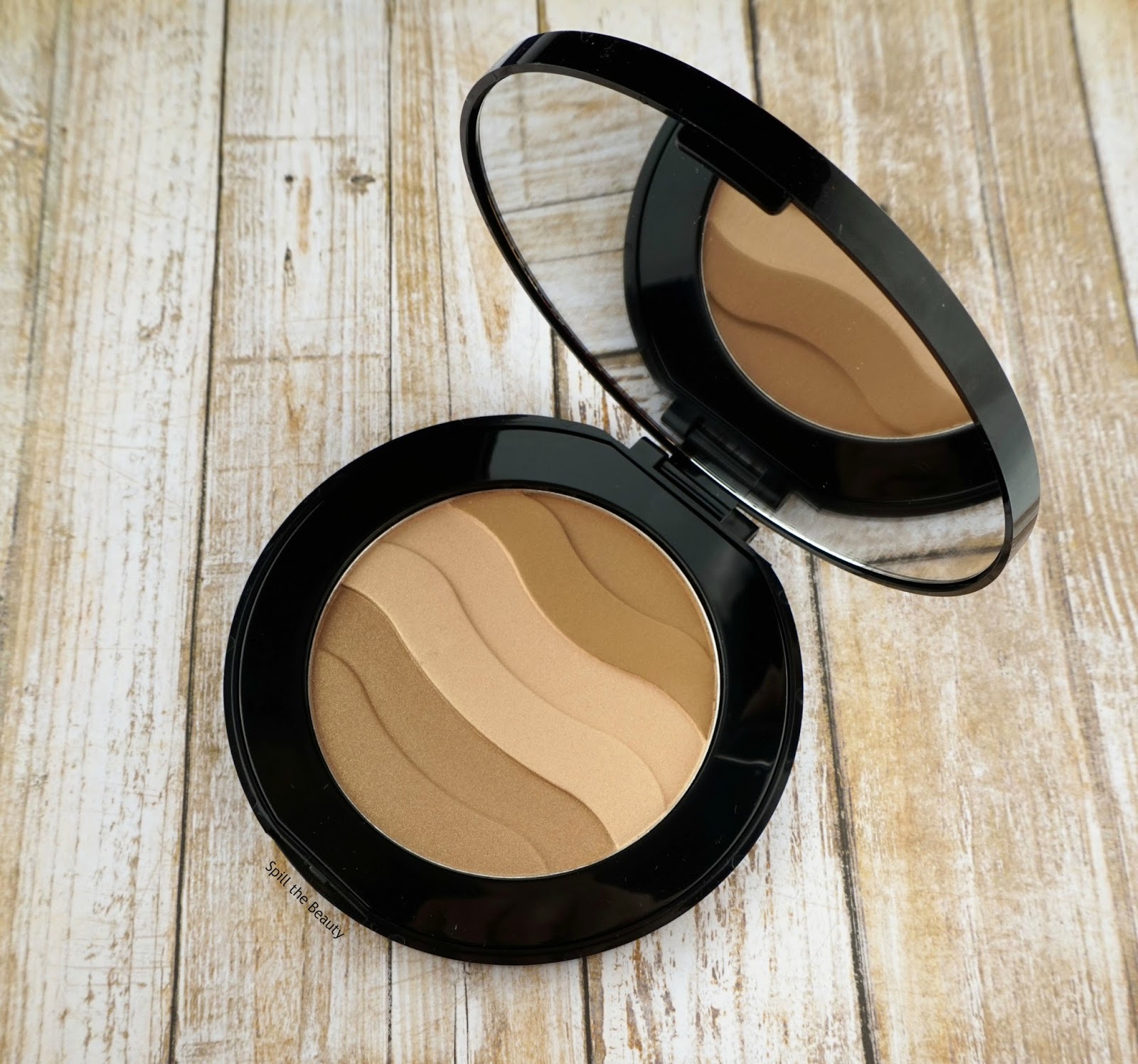 I had a hard time picking up product with my fingers from each individual section, when I was trying to wear the three sections on my face, so I eventually gave up and just swirled around. 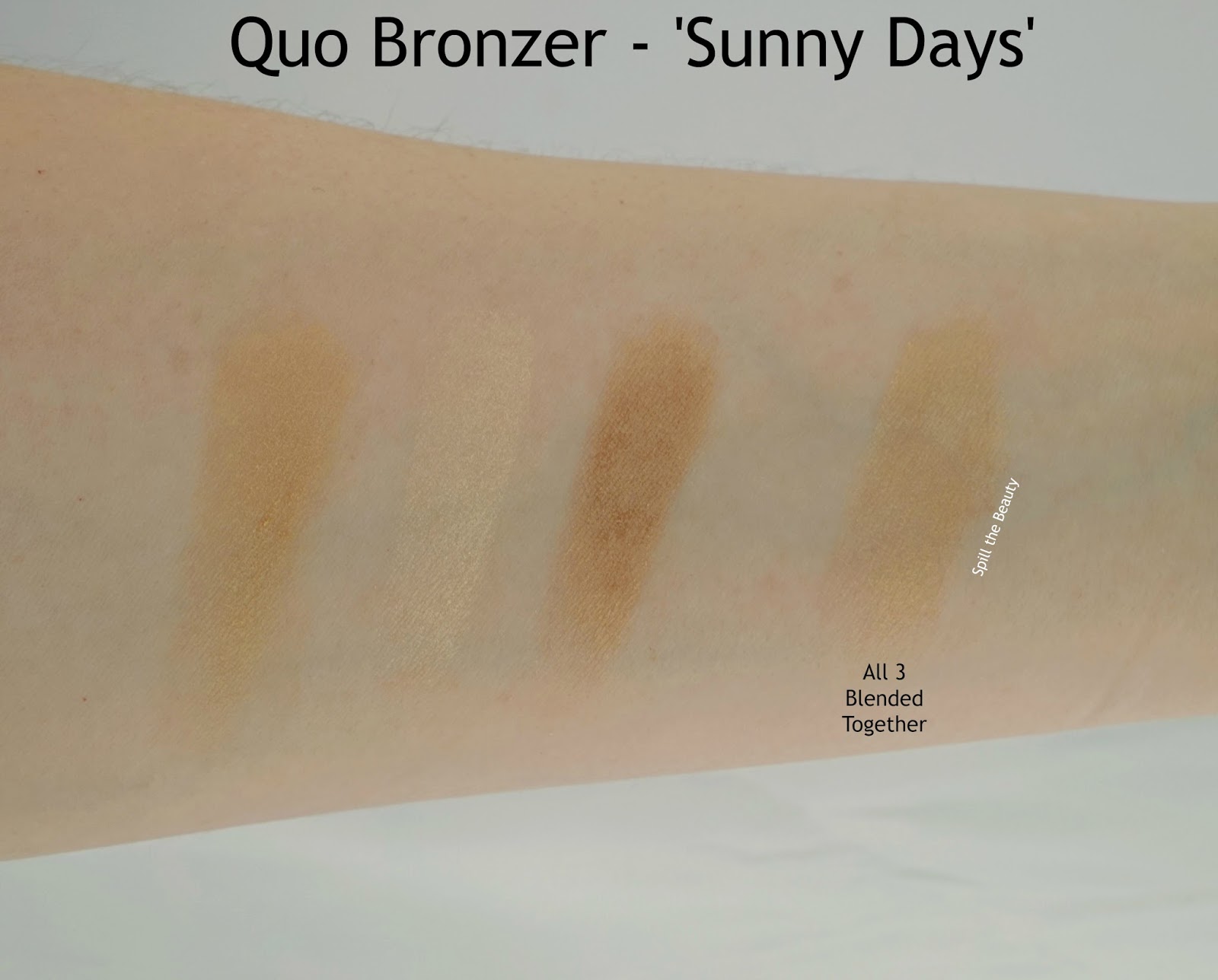 Finally is the eyshadow palettes.  These 8-pan palettes retail for $18 and feature a selection of navy shadows – ‘Lost at Sea’, nude shadows – ‘Sea Sun Sand’, and a mix or purples, blues and greys – ‘High Tide’.  Below is ‘Sea Sun Sand’. 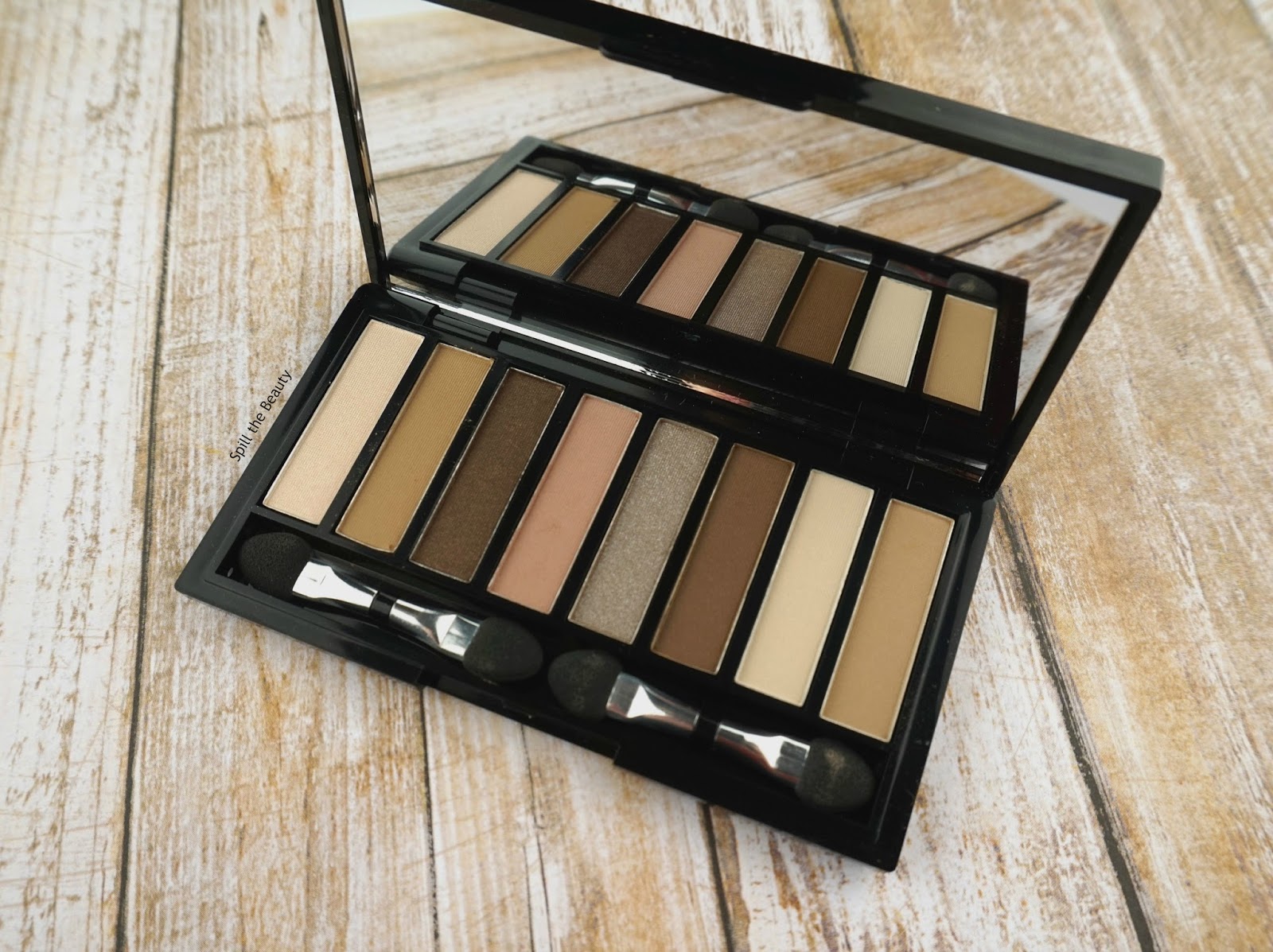 This palette was both a hit and a miss.  In the past, Quo eyeshadows haven’t done it for me *points to the Prismatic Eyeshadow Palette review*, due to pigmentation and a physically hard formula.  For this palette, I found that the dark shadows were quite pigmented, but the light colours (2 on the left side, and 2nd from the right), were not pigmented at all – I’d have to dip my brush in a couple of times before I’d pick anything up.  When swatching with my finger I had to press quite hard, but a few of the shadows were so soft that I would end up picking up chunks of shadow. 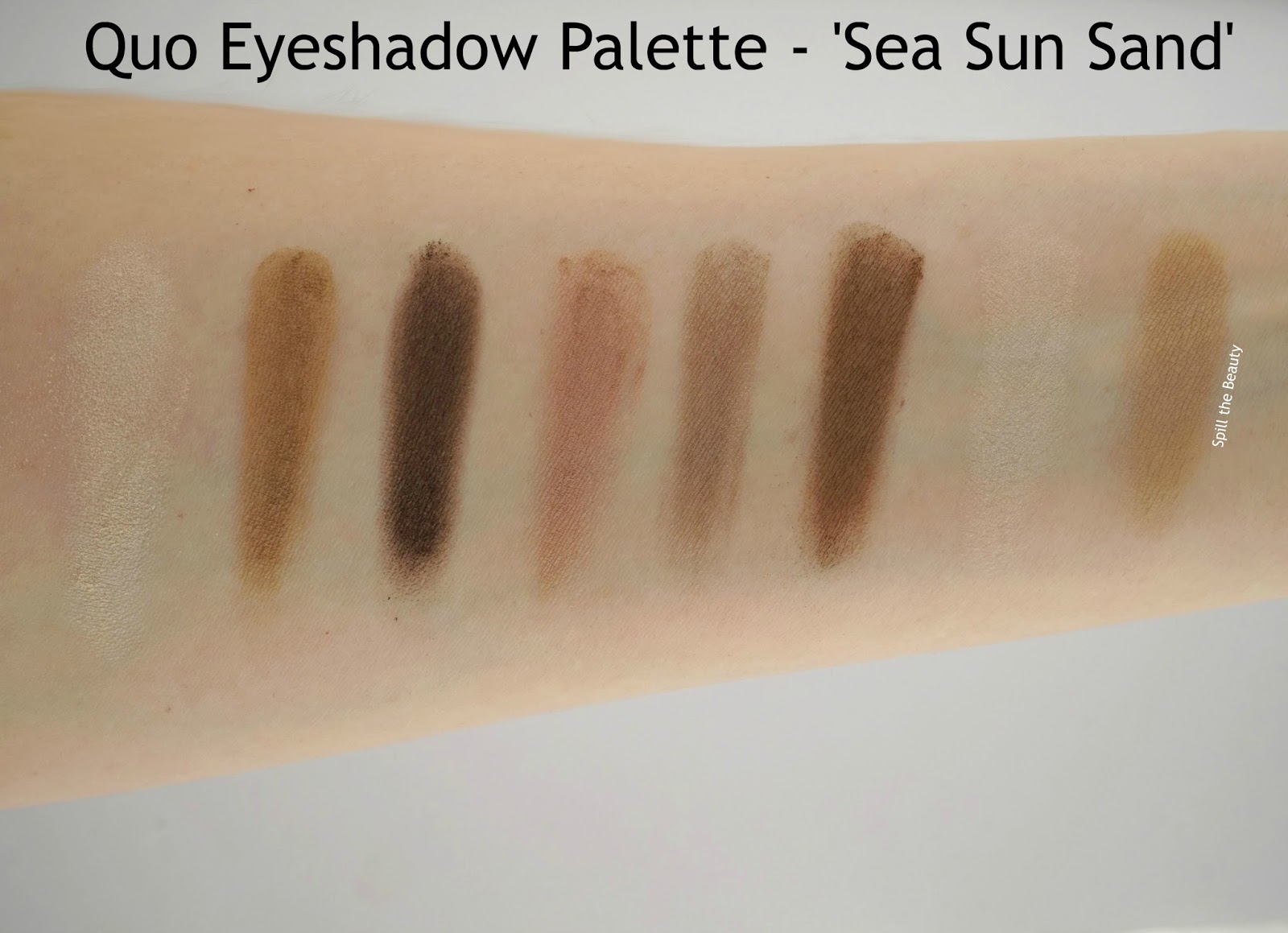 I tried a halo-style look by using the darker browns on the corners, with the lighter colours in the centre, and noticed a lot of sparkly fall-out, during the application. 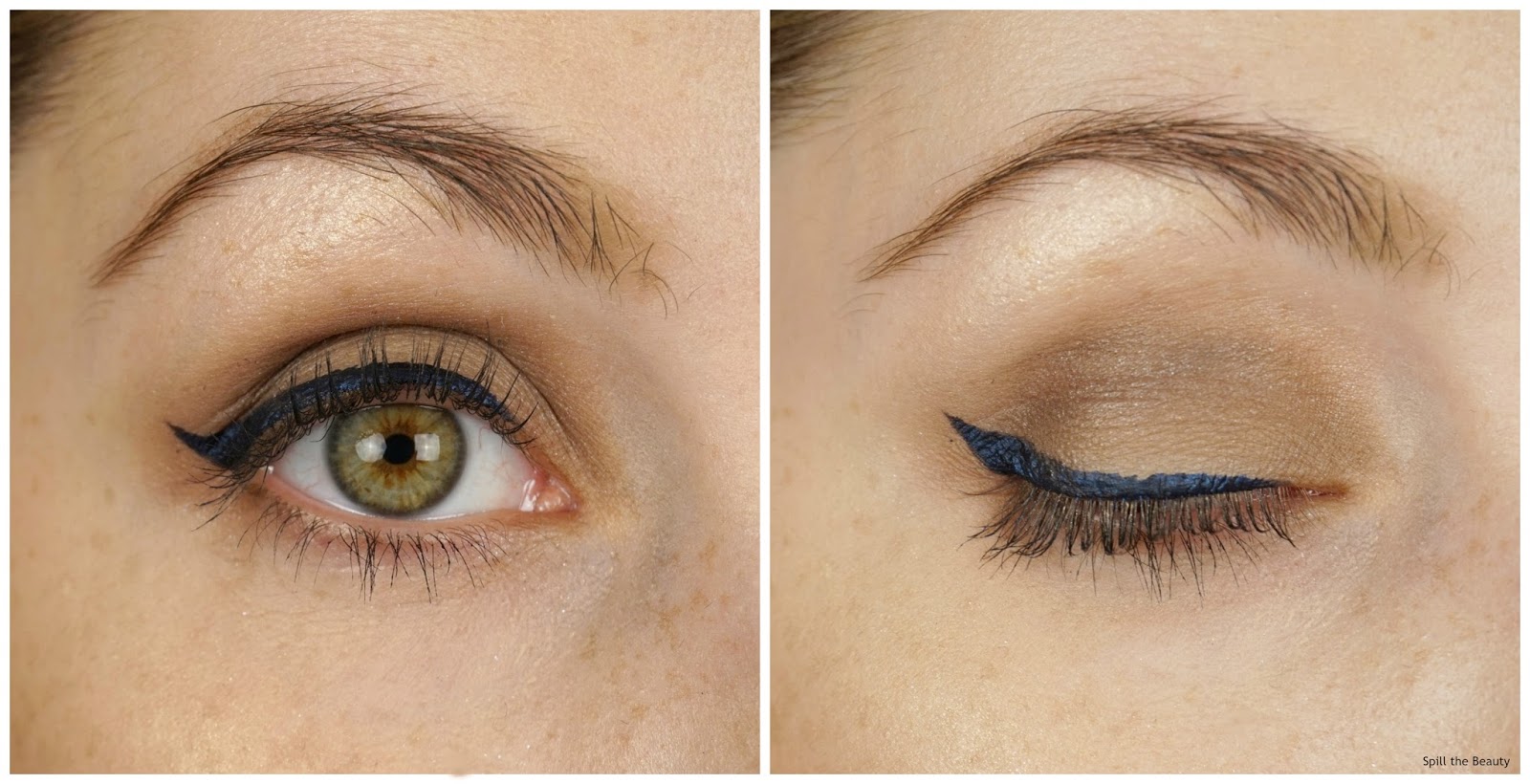 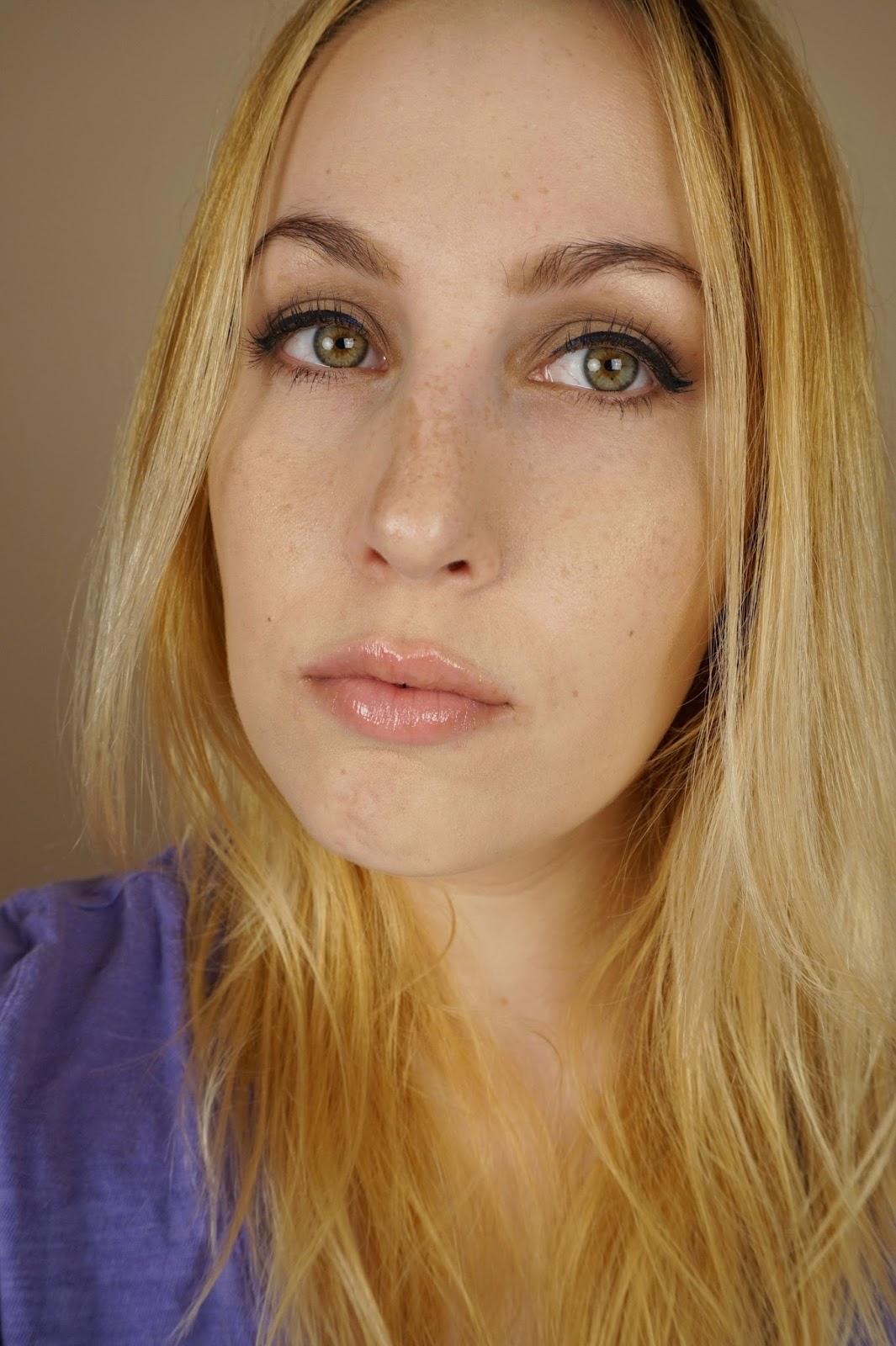 You can find the summer 2016 collection from Quo by Orly and Quo Cosmetics at Shoppers Drug Mart.