The Makeup Gods were definitely with me when my co-worker told me to run, not walk, to the Real Canadian Superstore. 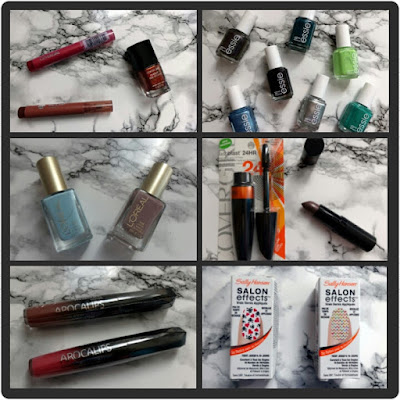 She said that there was some sort of sale going on, where there were a bunch of bins filled with makeup, for really cheap, but it was only happening for another 10 minutes.

I assumed that the bins would be filled with partially opened/slightly damaged products, but I went anyway.  I walked into the Superstore, and saw a shelf, with a bunch of people crowded around it.  It was some sort of flash sale where for one hour, everything in the bins was 94¢ each.  I arrived with only 5 minutes left, so I had to make some fast decisions.  IT. WAS. THRILLING.  Here’s what made it into my bag.

Fingers Crossed that I happen to be in a Superstore when this flash sale happens again!  Thanks for reading, and until next time, toodles! – Shawna