Beauty blogger problem:  Not being able to play with your new makeup until your photograph it.  So you put it in the “to photograph” box, things pile up on top of it, and next thing you know, you forgot that you owned the makeup in the first place.  Well, that’s exactly what happened with this one. 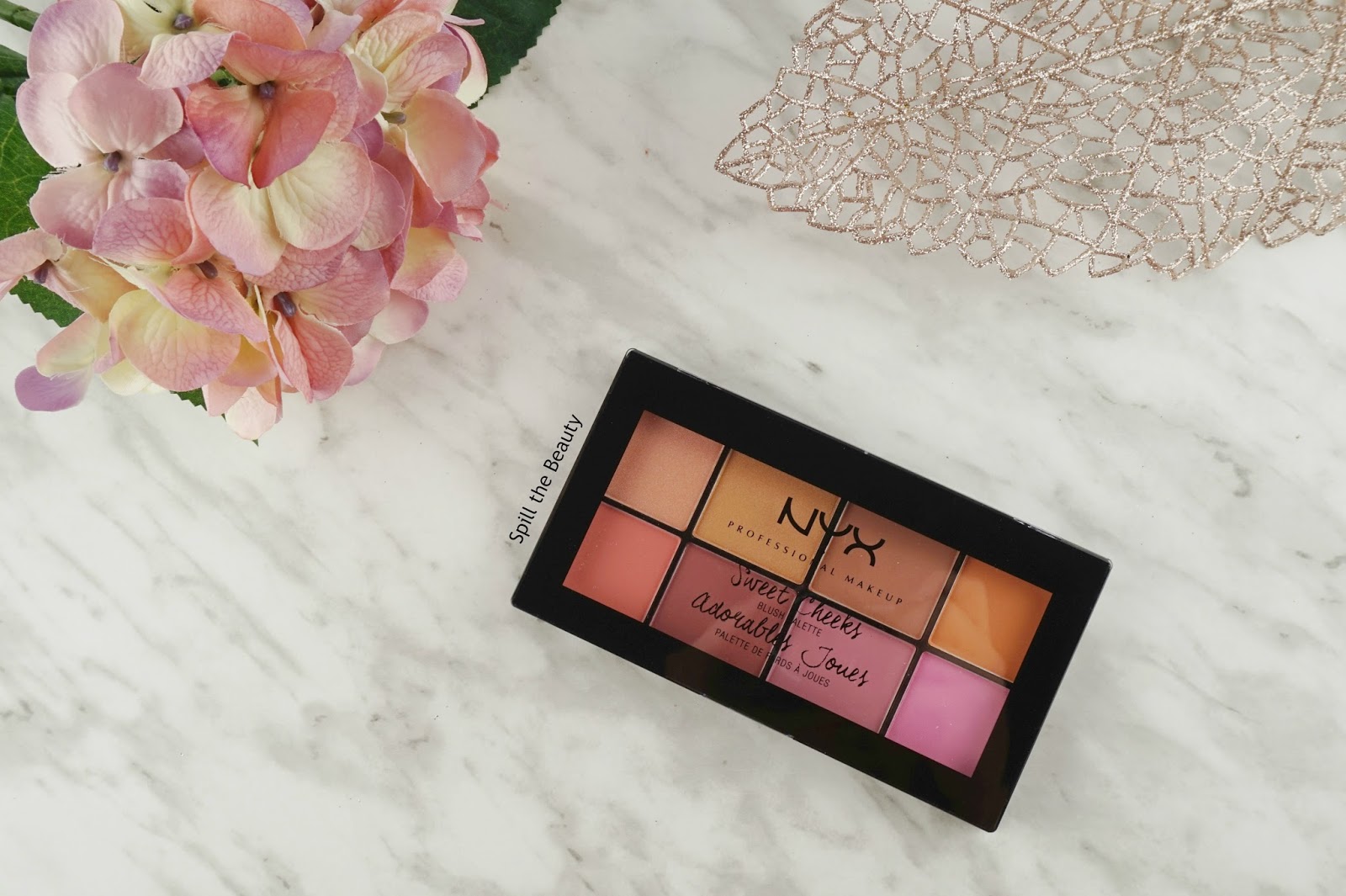 I got the NYX ‘Sweet Cheeks’ Blush Palette from the NYX After Dark event, after IMATS Toronto (which was in October 2016).

And boy, does NYX Canada knows how to throw a party!  I don’t know how they do it, but every one of their events is so much fun (The NYX Prom was EVERYTHING)!  Something about the music, and the atmosphere just makes for a great evening.  And a photobooth!  I seriously can’t get enough of the raw emotion in the picture below, from that night.

Flash forward a few months, and I realize that I haven’t even touched the blush palette.  As of writing this post, I’ve been playing with the palette for a few weeks, and am ready to share my thoughts. 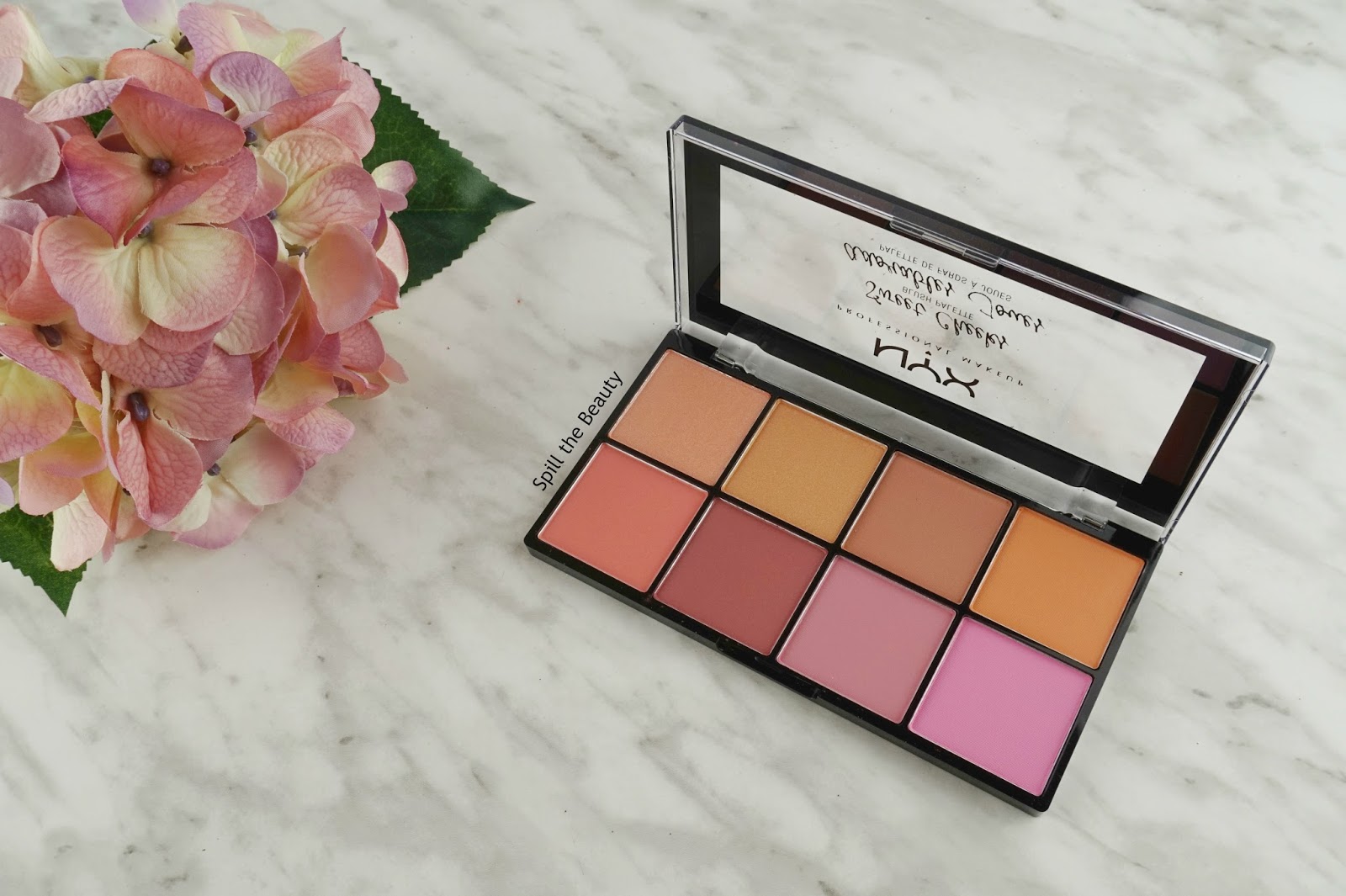 The Sweet Cheeks Blush Palette contains eight blushes.  The two blushes on the top row, from the left, are shimmers (and might be able to double as highlighter for some skintones), and the remaining six are mattes.  Each blush contains 3.5 g of product. 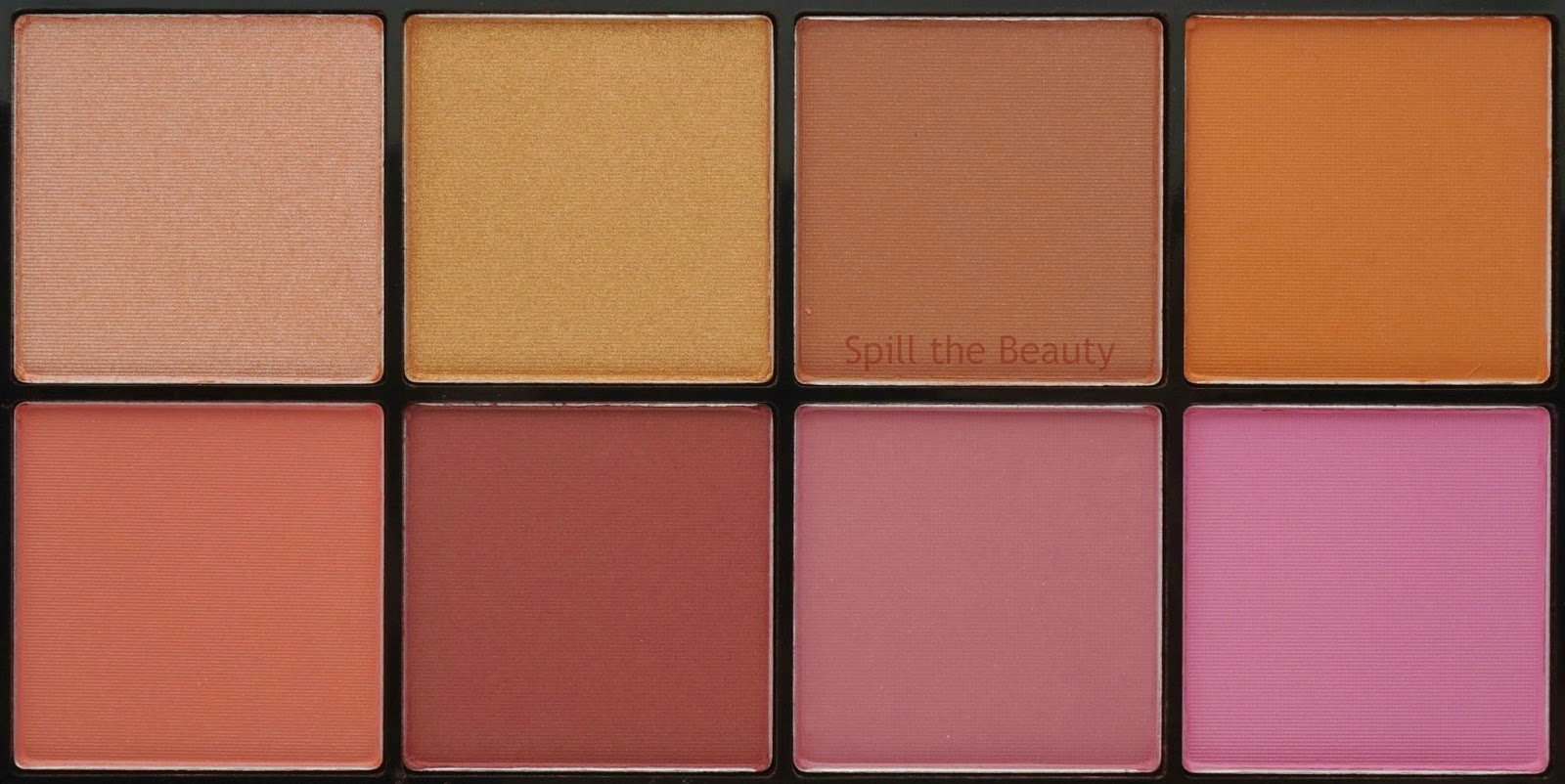 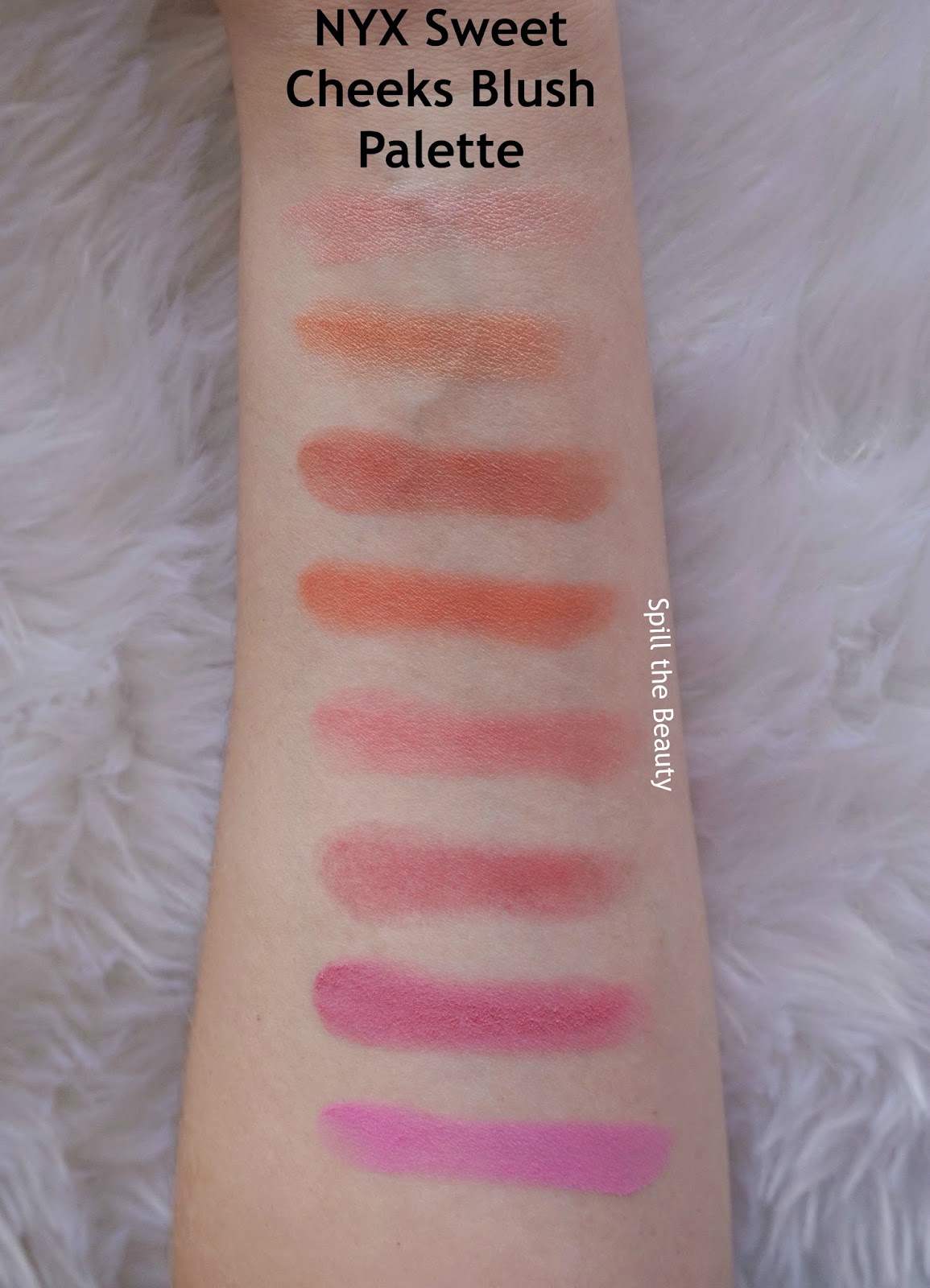 I’ll start by saying that I’ve seen a lot of reviews for this palette, and people seem to love it.  However, I have mixed feelings.  I found that some of the shades were chalky and not at all pigmented (the two on the bottom left), and then other shades (the two on the bottom right, and one on the top right), were almost TOO pigmented for my liking.  For the overly pigmented ones, I found myself applying it to my cheek, seeing a big stain, panicking, and vigorously blending.  When I gave up on blending, I had to go in with some pressed powder, to tone down the intensity.  So lesson learned:  dip into this palette with the lightest hand ever.  After my initial experience, I went with the smallest dip of my blush brush, and built it up from there, although I still found that the shades were too intense.  All that being said, I do think that the shade intensity isn’t necessarily the palette’s problem.  The product probably looks too intense because of my ultra-fair skintone (I’m usually the lightest foundation shade available).

So while this palette isn’t really for me (the gal with super-fair skin, who likes to stick to subtle and nude blushes), I think that this palette would be a great option for the blush enthusiast in your life.  For the gal or guy that that has huge blush stash, and isn’t afraid to play with bright colours.  I’m going to keep at it, though, and see if I can find a way to make these blushes work for me.

Have you tried the NYX blushes before?  Let me know in the comment below.  I have my eye on the ombre blushes!