Im officially in LOVE with these Sally Hansen Salon Effects.  I saw the ad in a magazine and thought they might look a little tacky, but they’re so much fun to use. 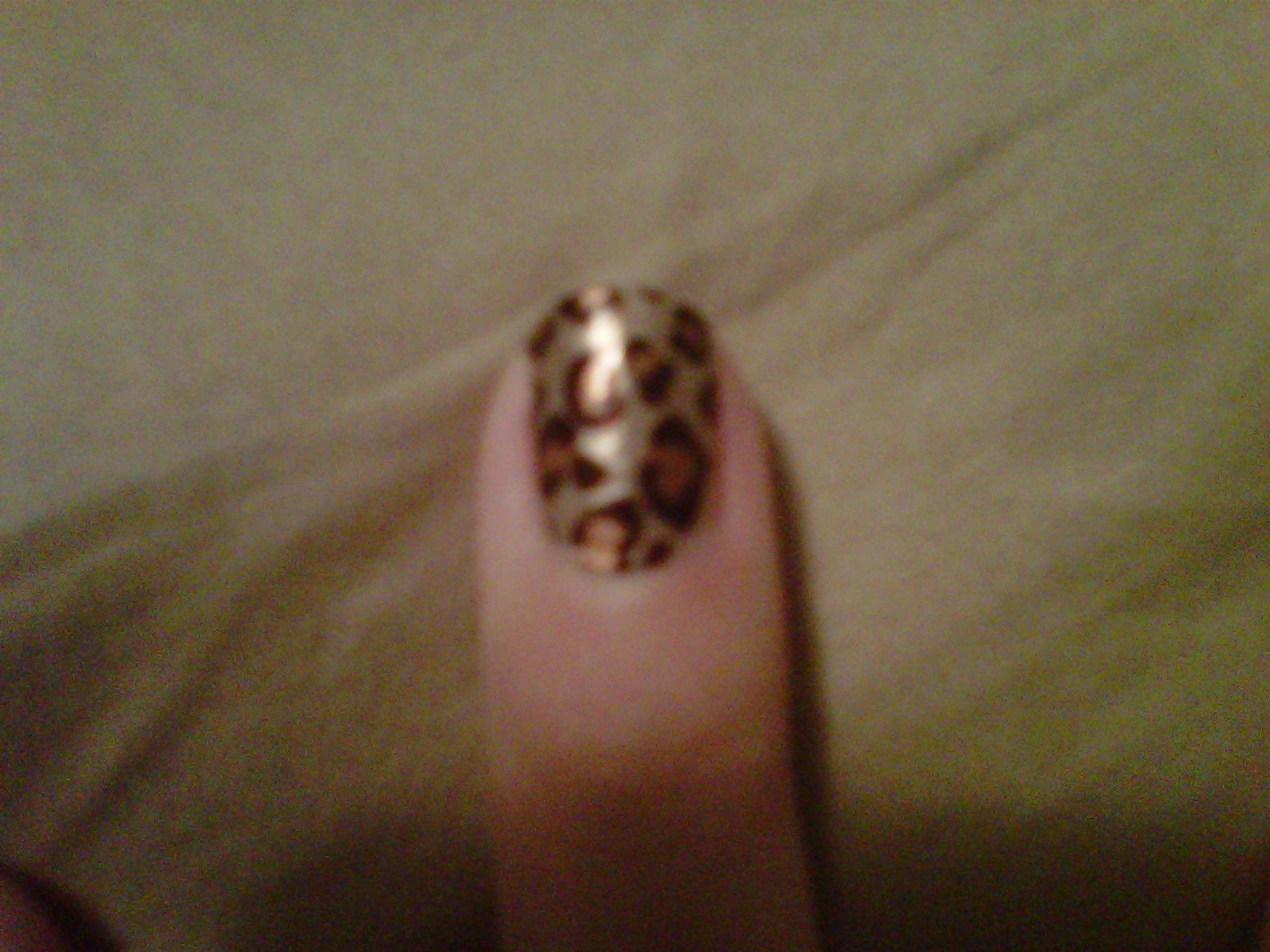 It only took me about a minute and a half to measure and apply each nail strip, so just about anyone can do a neat application.  I tried to avoid opening both packages because since they are vacuum packed, if you open the package and decide to use them later, they get a bit dried out and are harder to apply.  So to get better bang for my buck, I used only one of the two sealed nail strip packages and cut them in half, so I could use one strip for two nails, since my nails aren’t too long.

All in all, I am now OBSESSED with these.  They come in a variety of colours and patterns, and I intend to try them all.  They cost about $9 per package, and are said to last about 10 days.