It feels like IMATS New York was ages ago!  But here we are, 6 months later, with another IMATS is upon us. 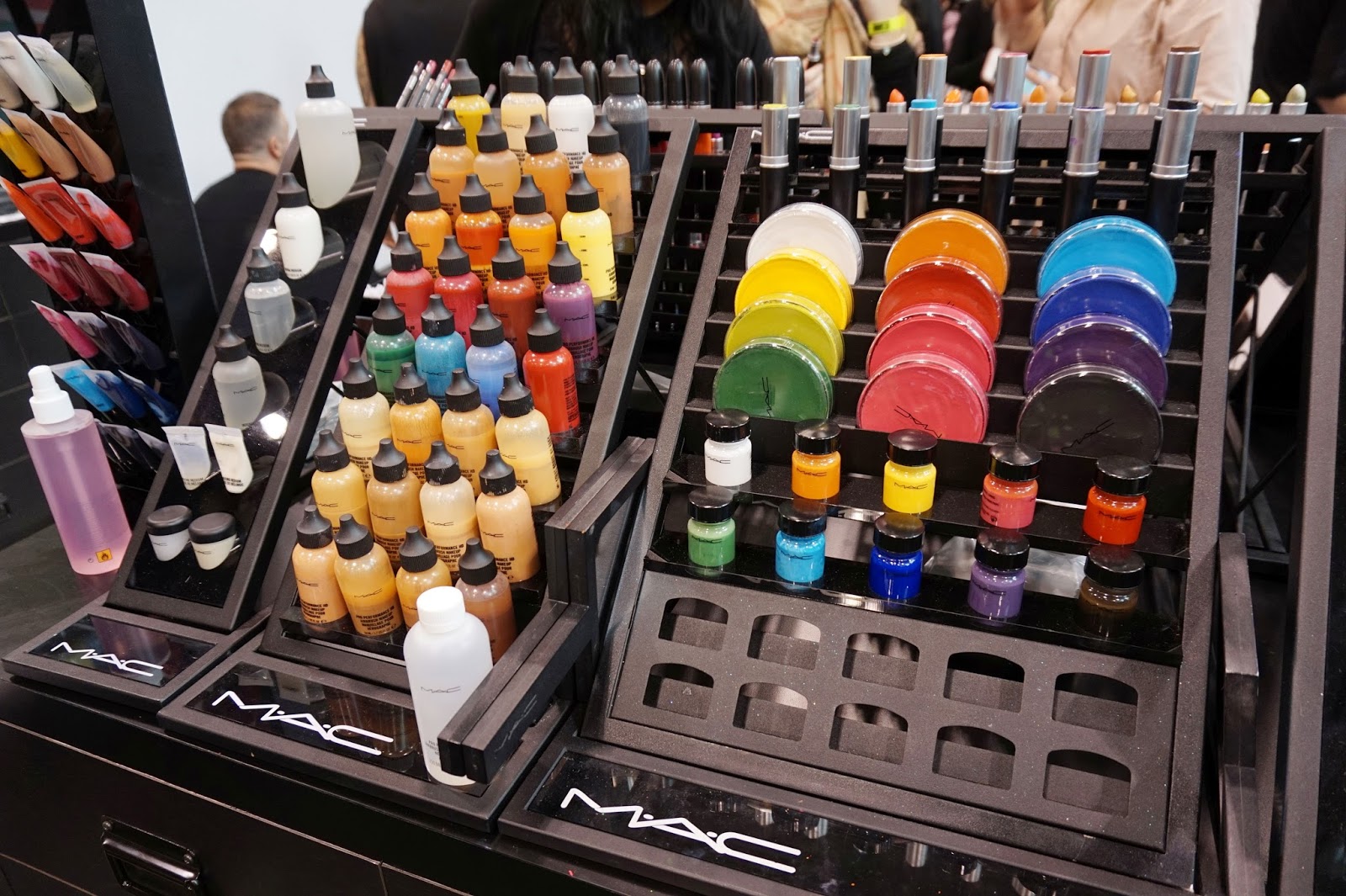 This time I went on the Saturday afternoon, compared to my first IMATS, where I woke up at the crack of dawn to get into the convention first thing.

IMATS is always fun, for one, because you get to bust out whatever loud/colourful makeup that you want, and no one will even bat an eye.  In fact, you’ll probably get complimented!  This was the look that I put together for the day. 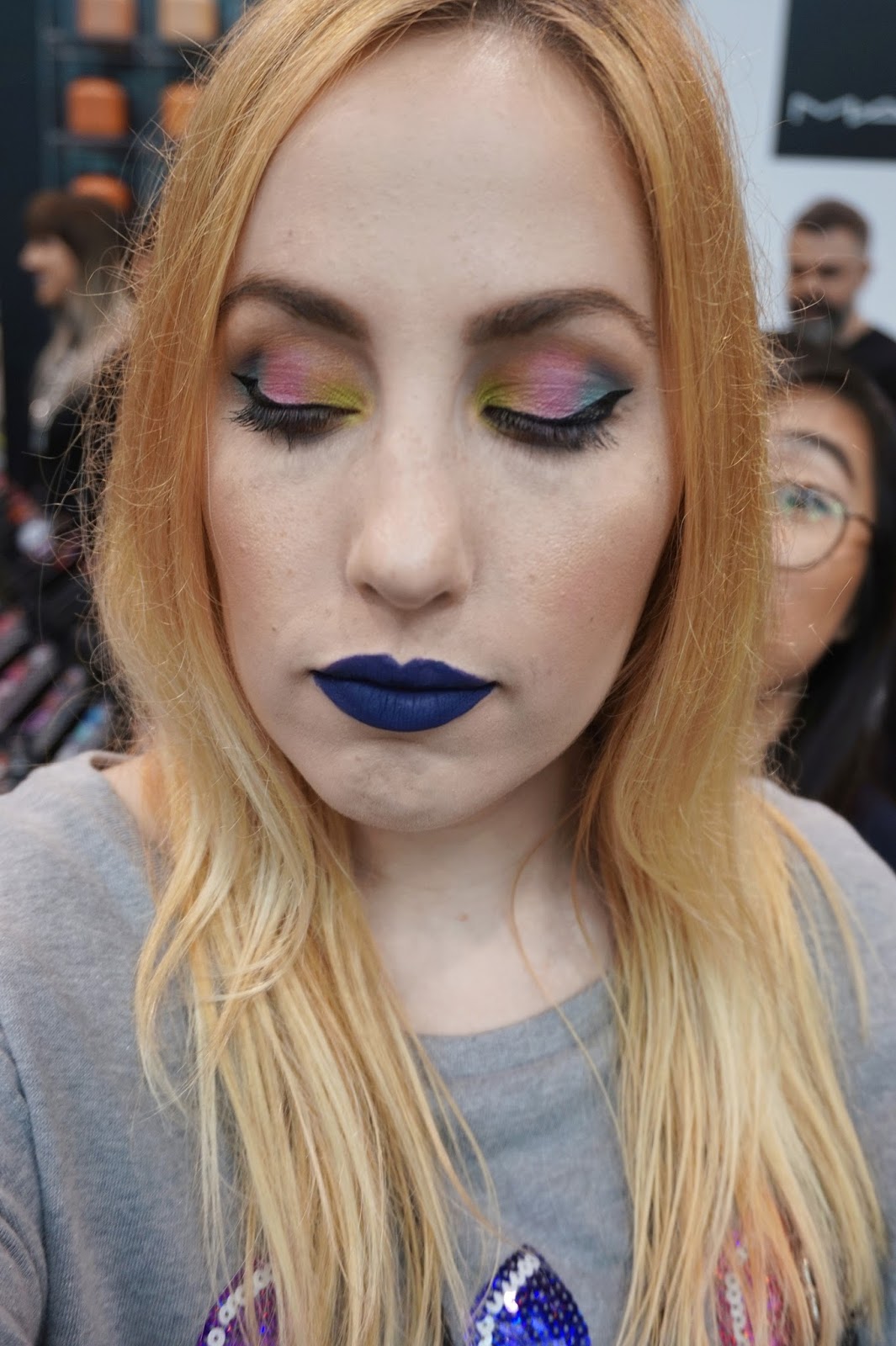 
There were well-known brands like Kat Von D, MAC, MAKE UP FOR EVER, and Benefit, as well as up and coming brands like L.A. Splash, and Cailyn.  In addition to the shopping, there was live costume makeup application, special effects makeup displays, and presentations (I checked out the “Facelifts with Makeup” presentation, with U.K. makeup artist, Siân Richards). 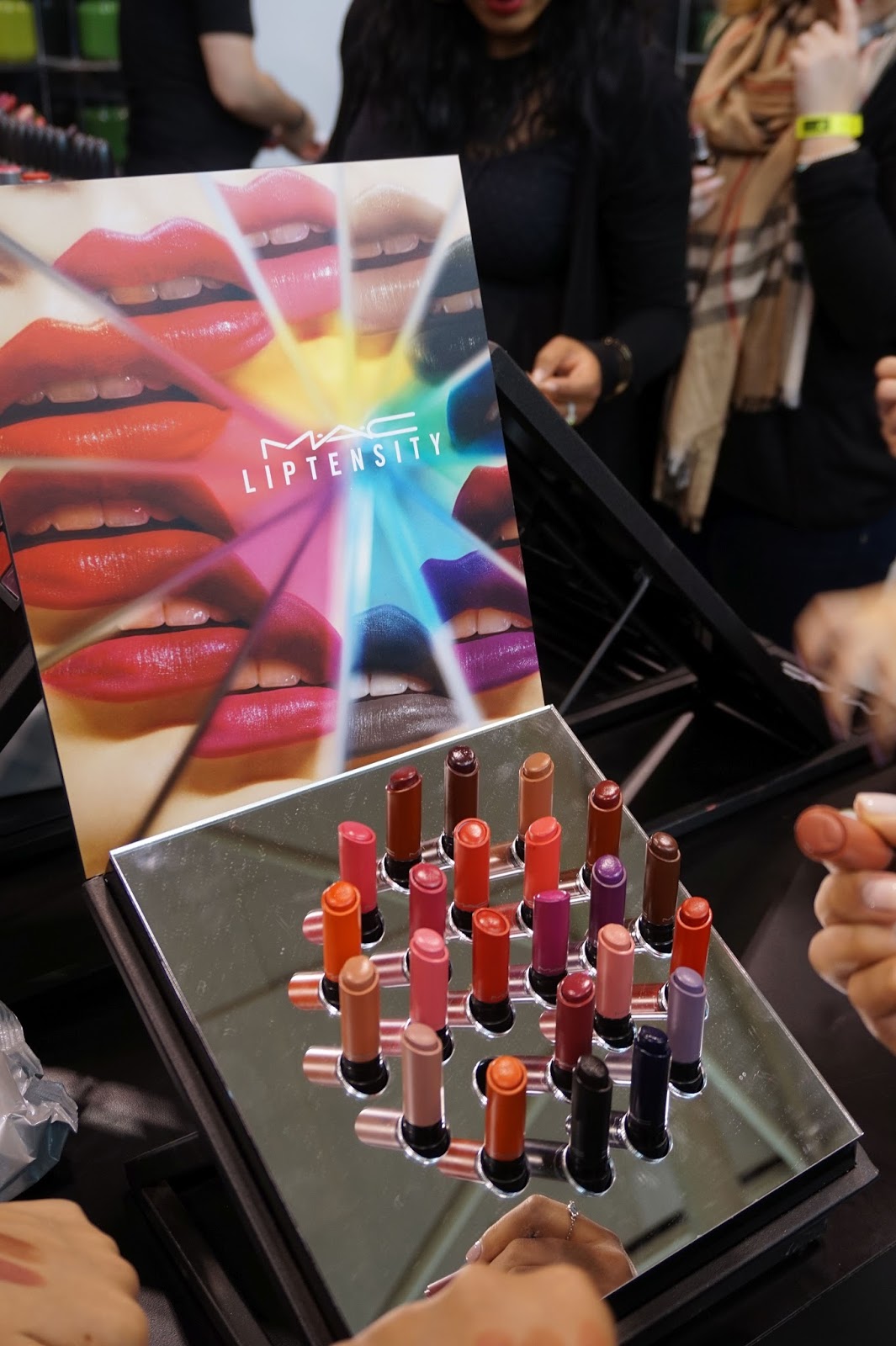 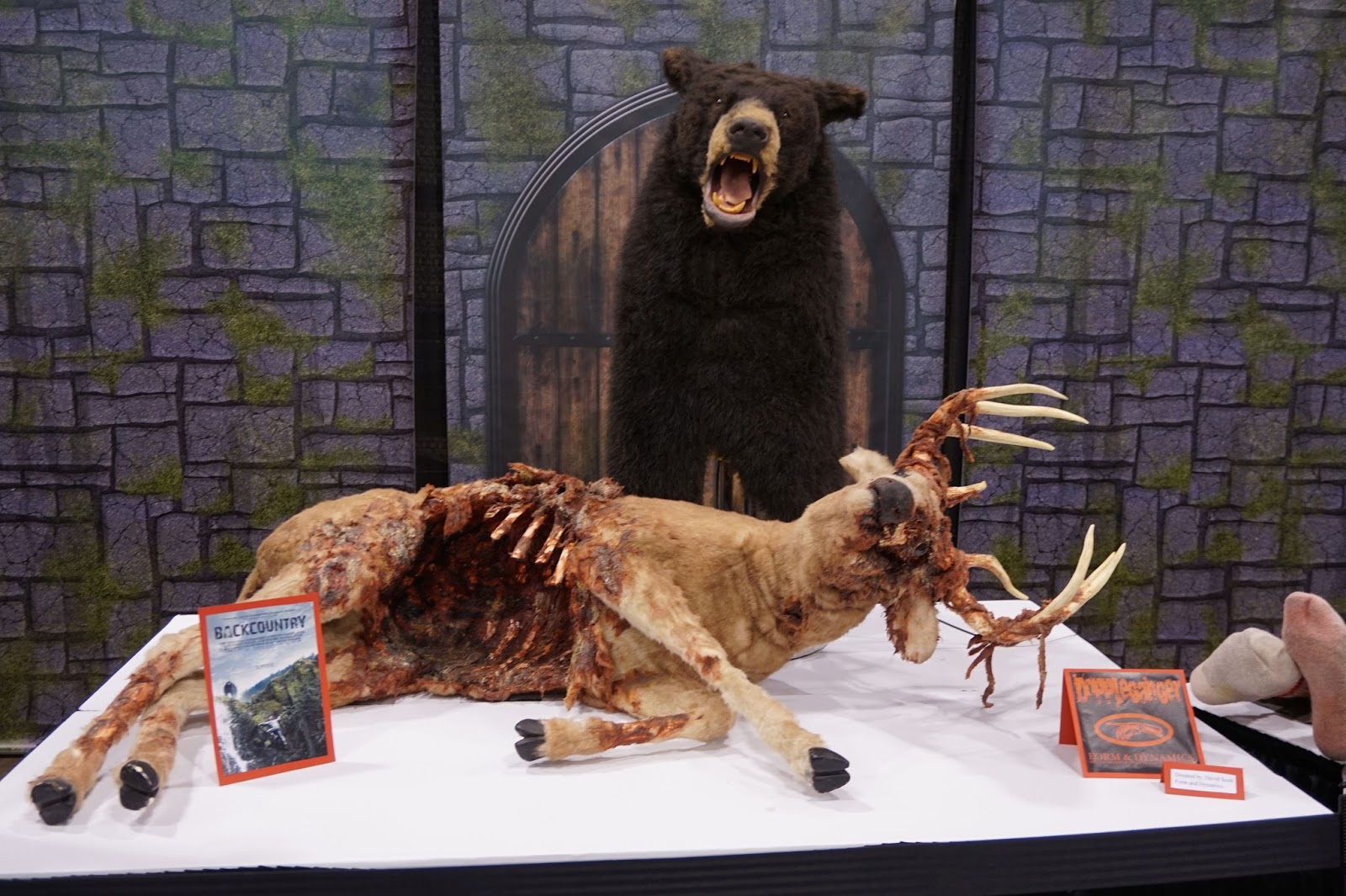 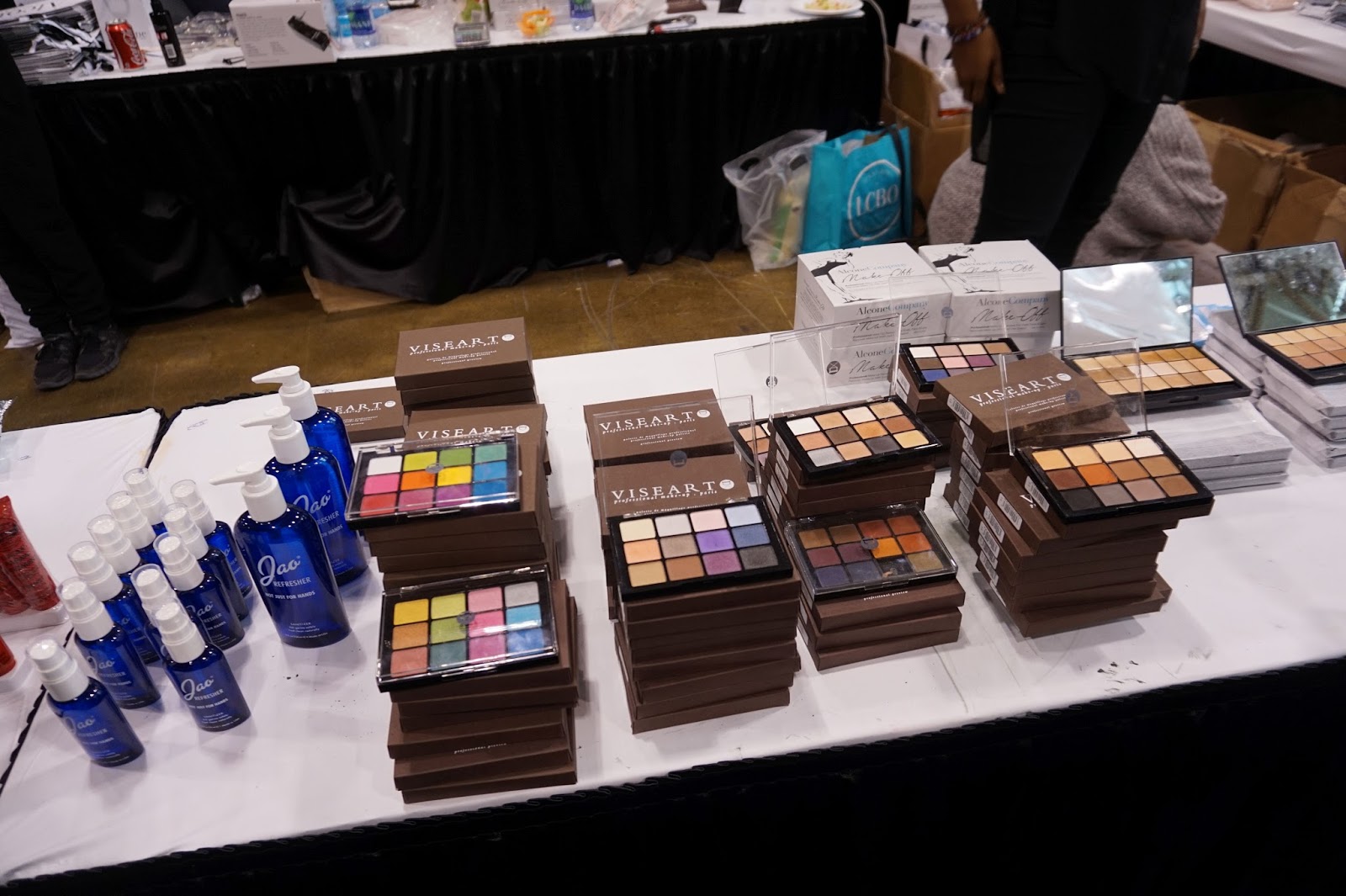 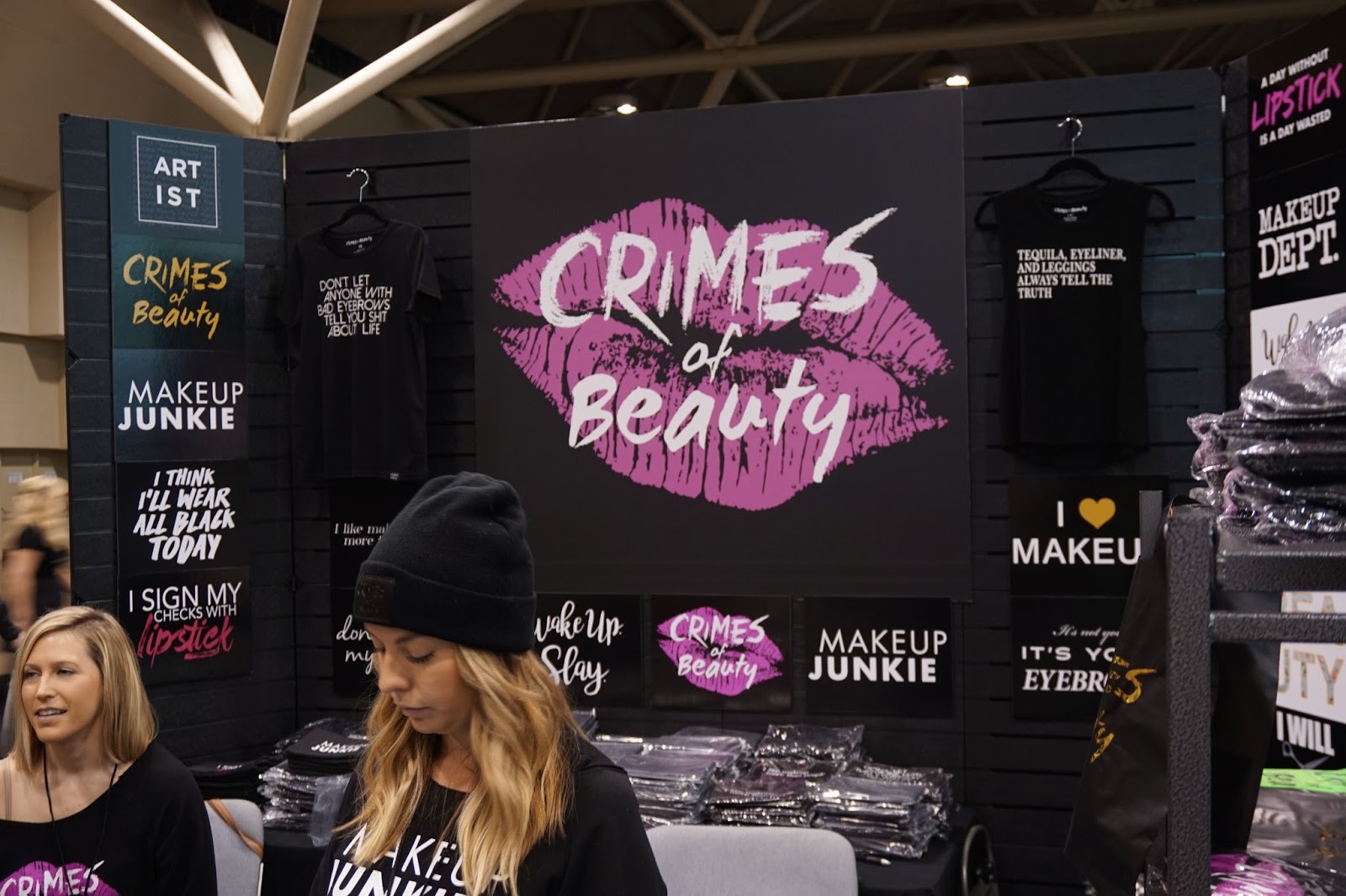 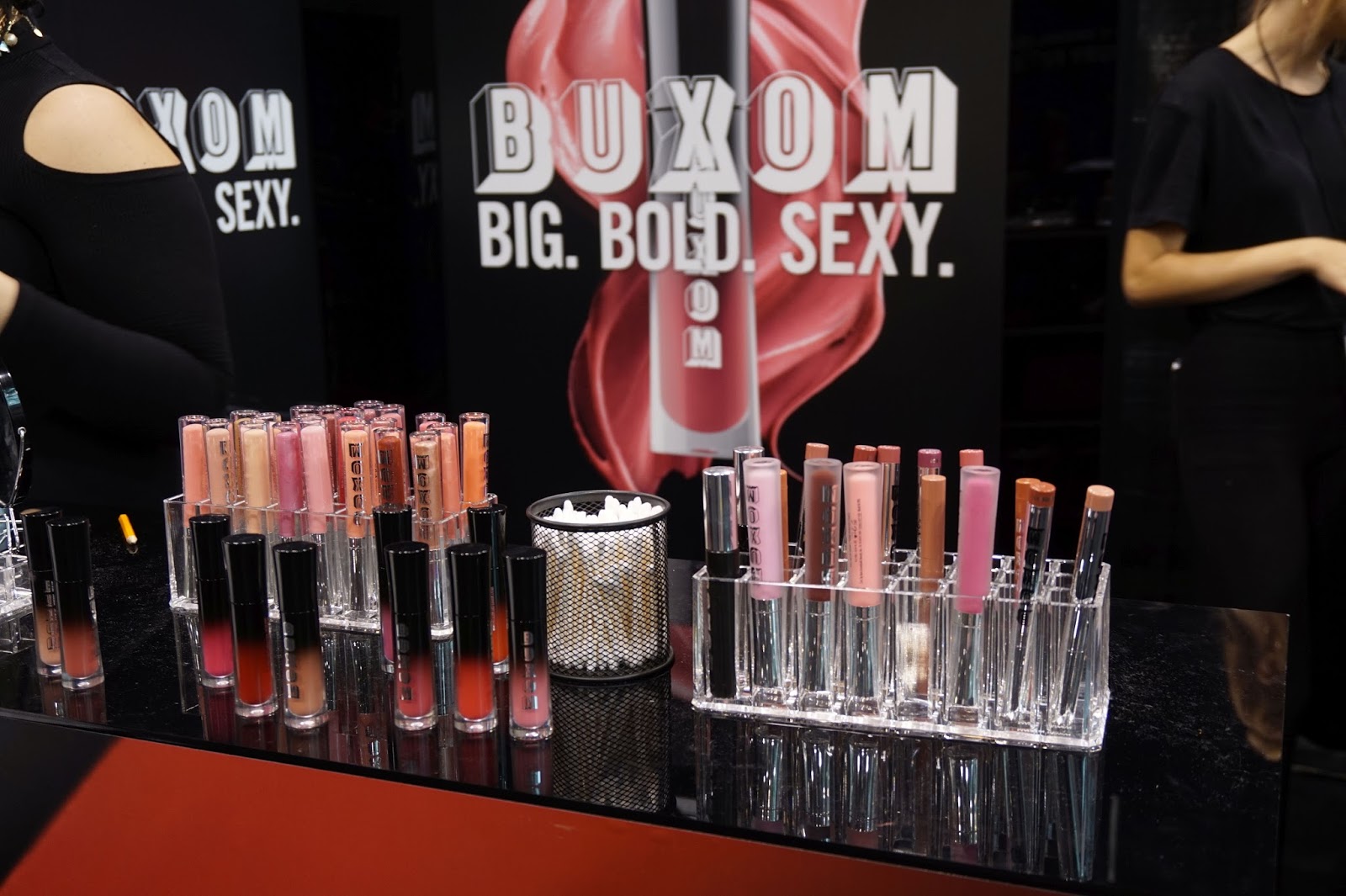 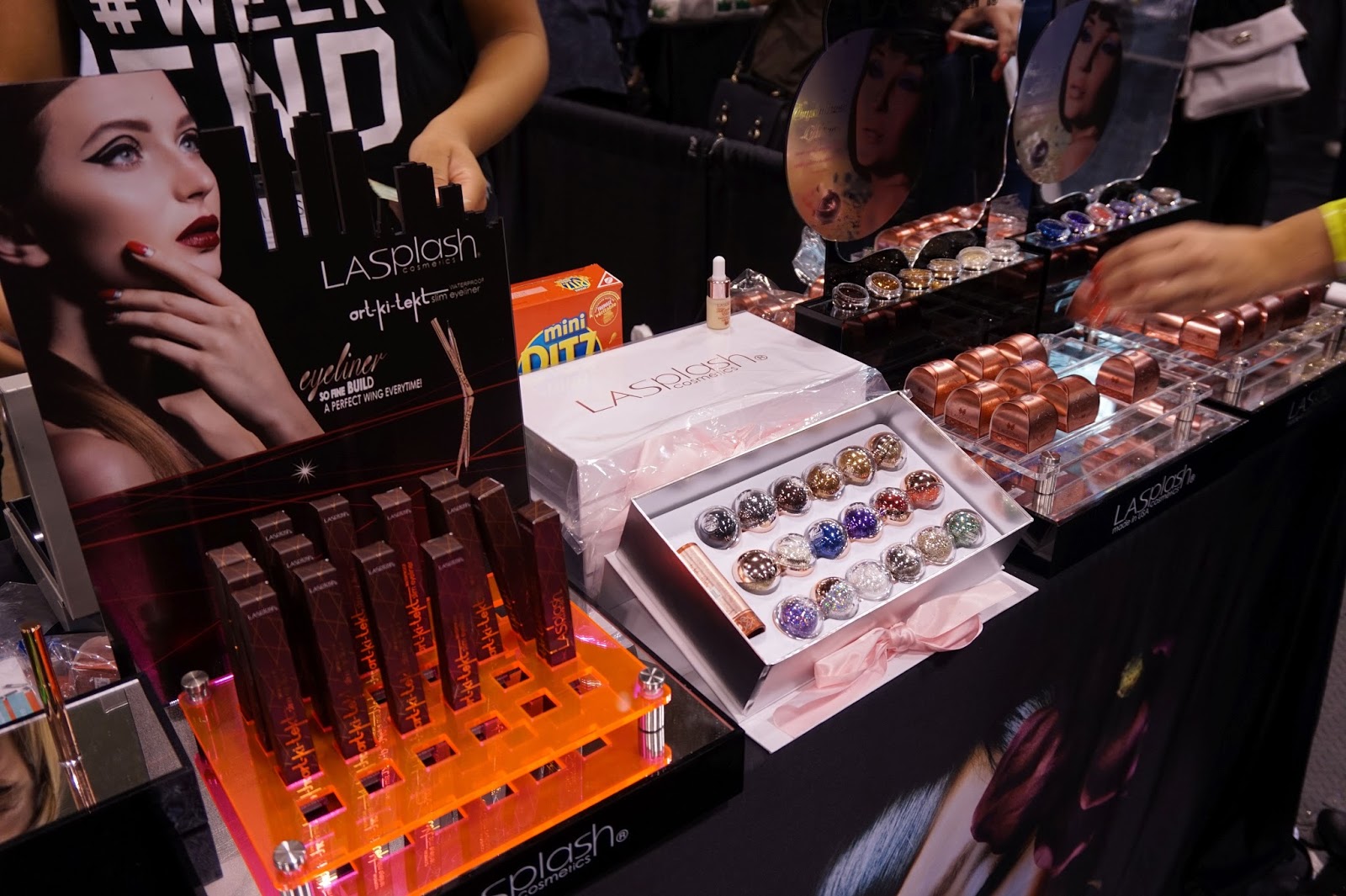 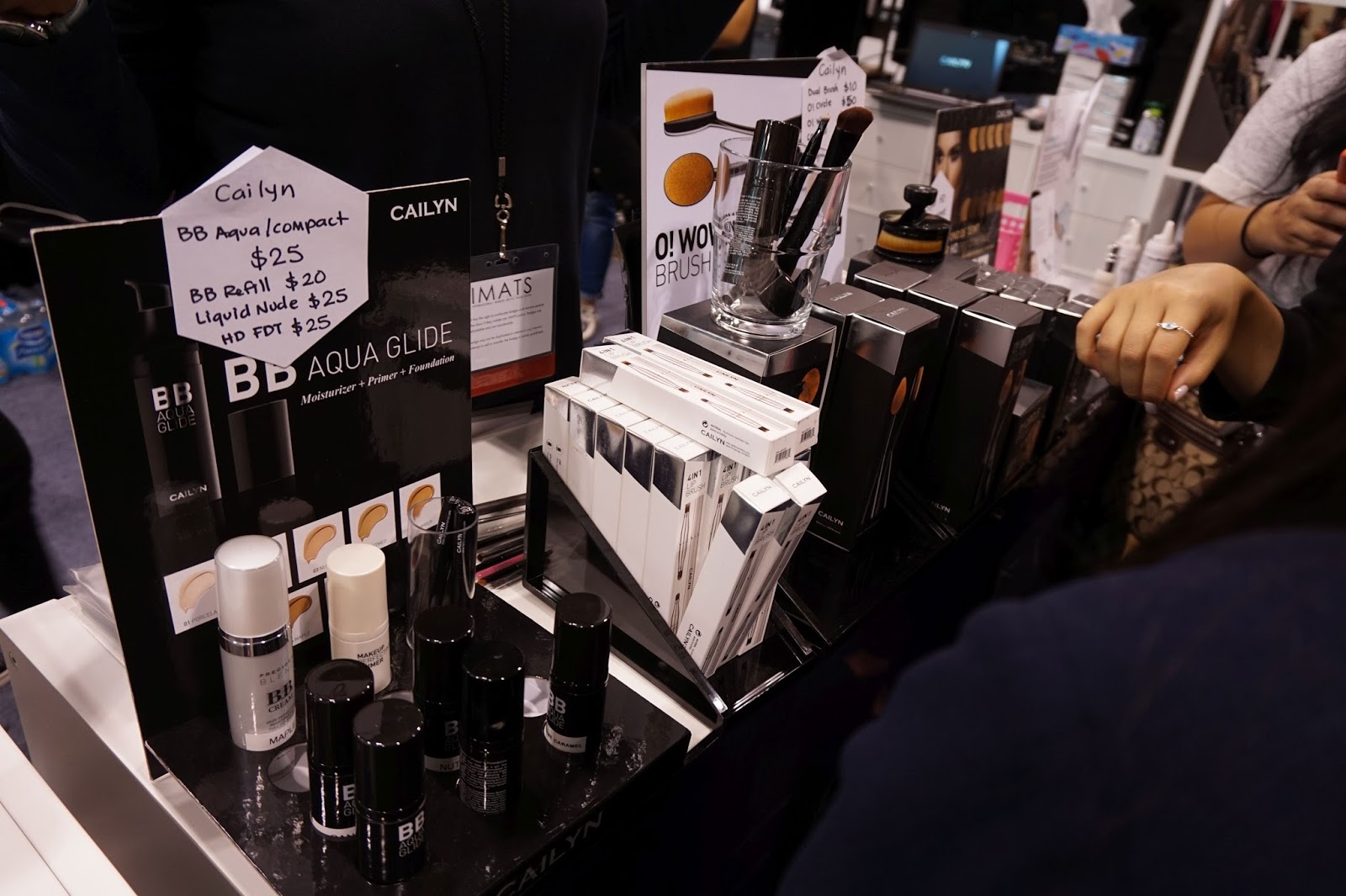 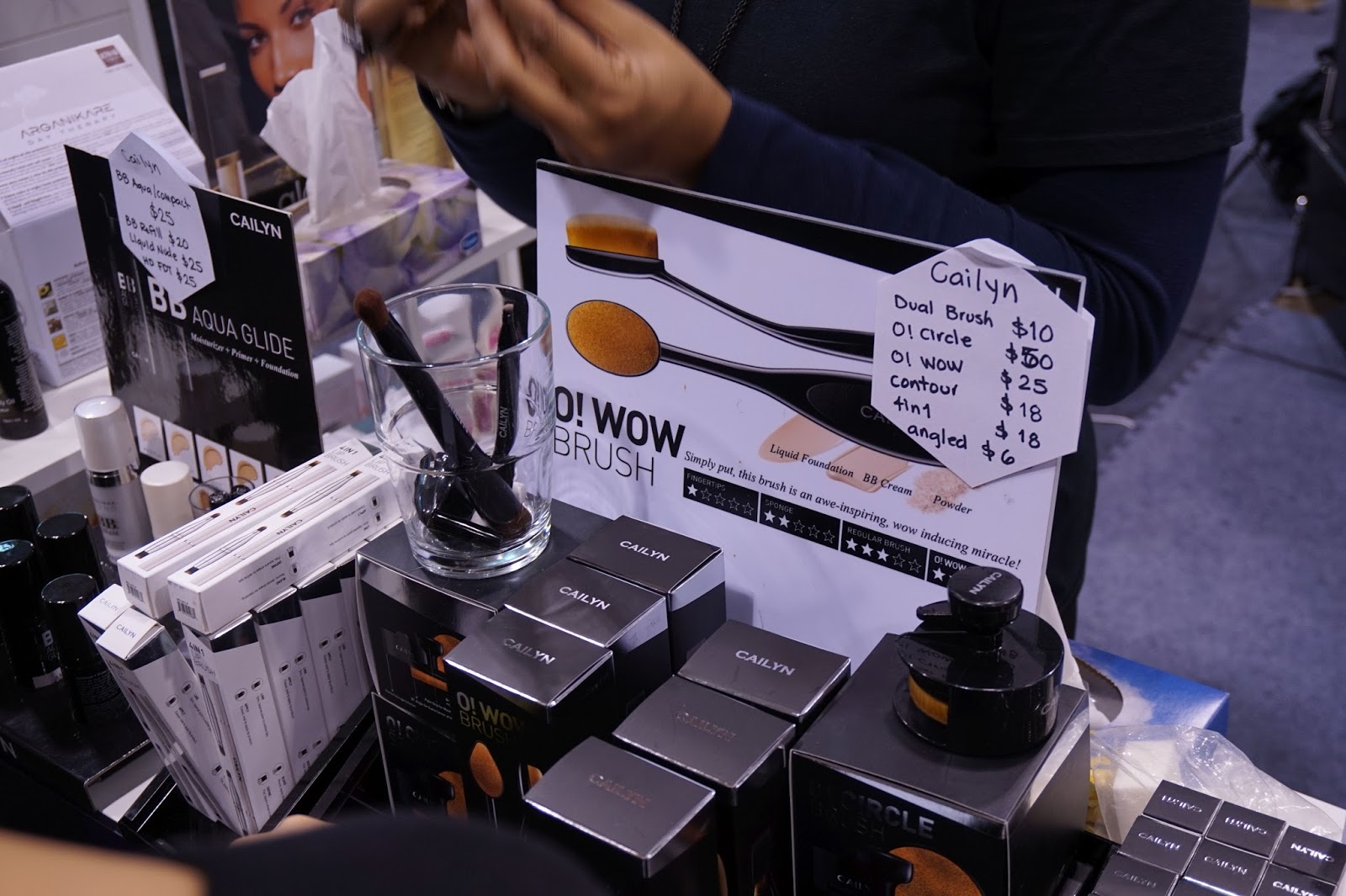 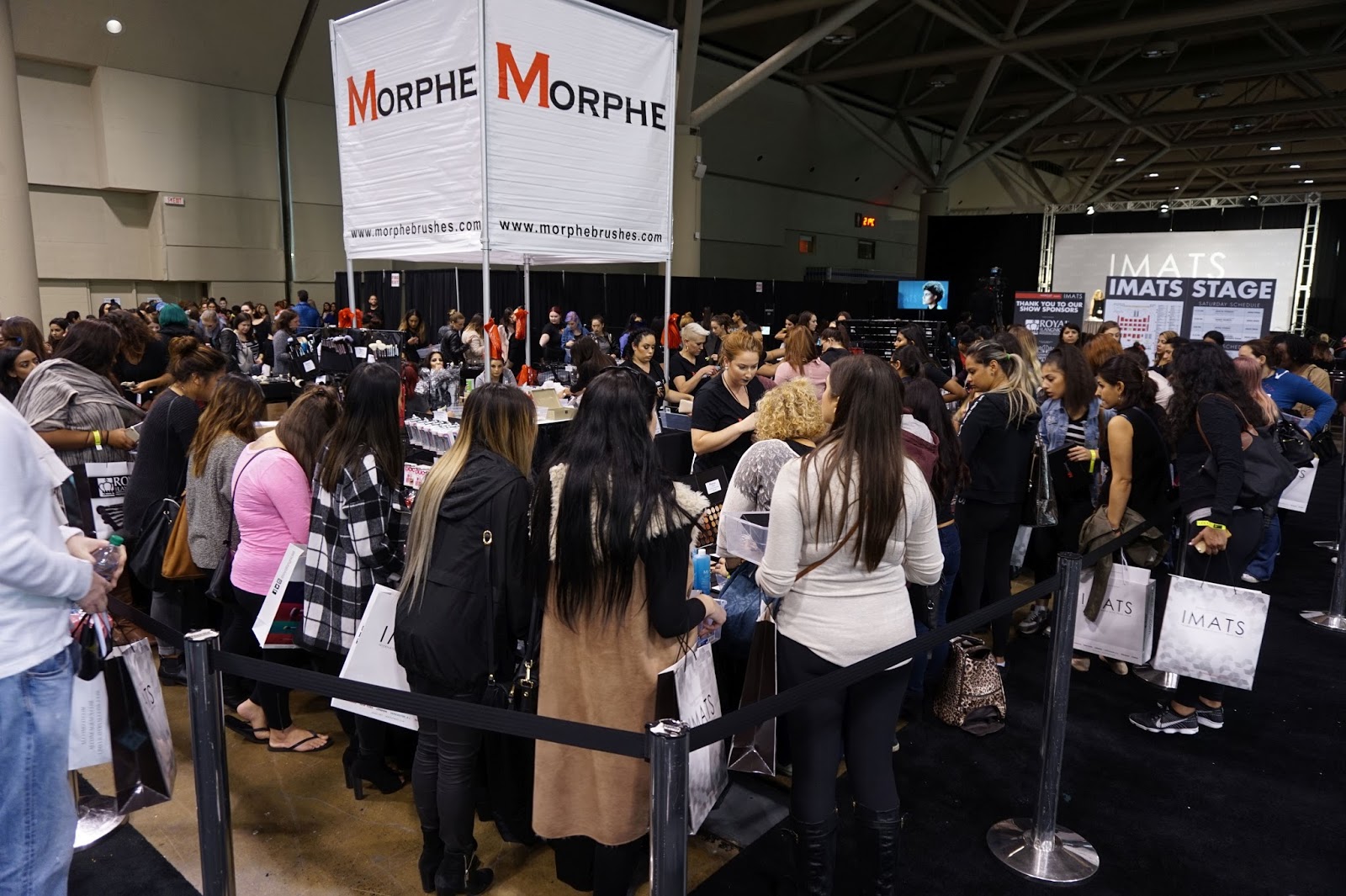 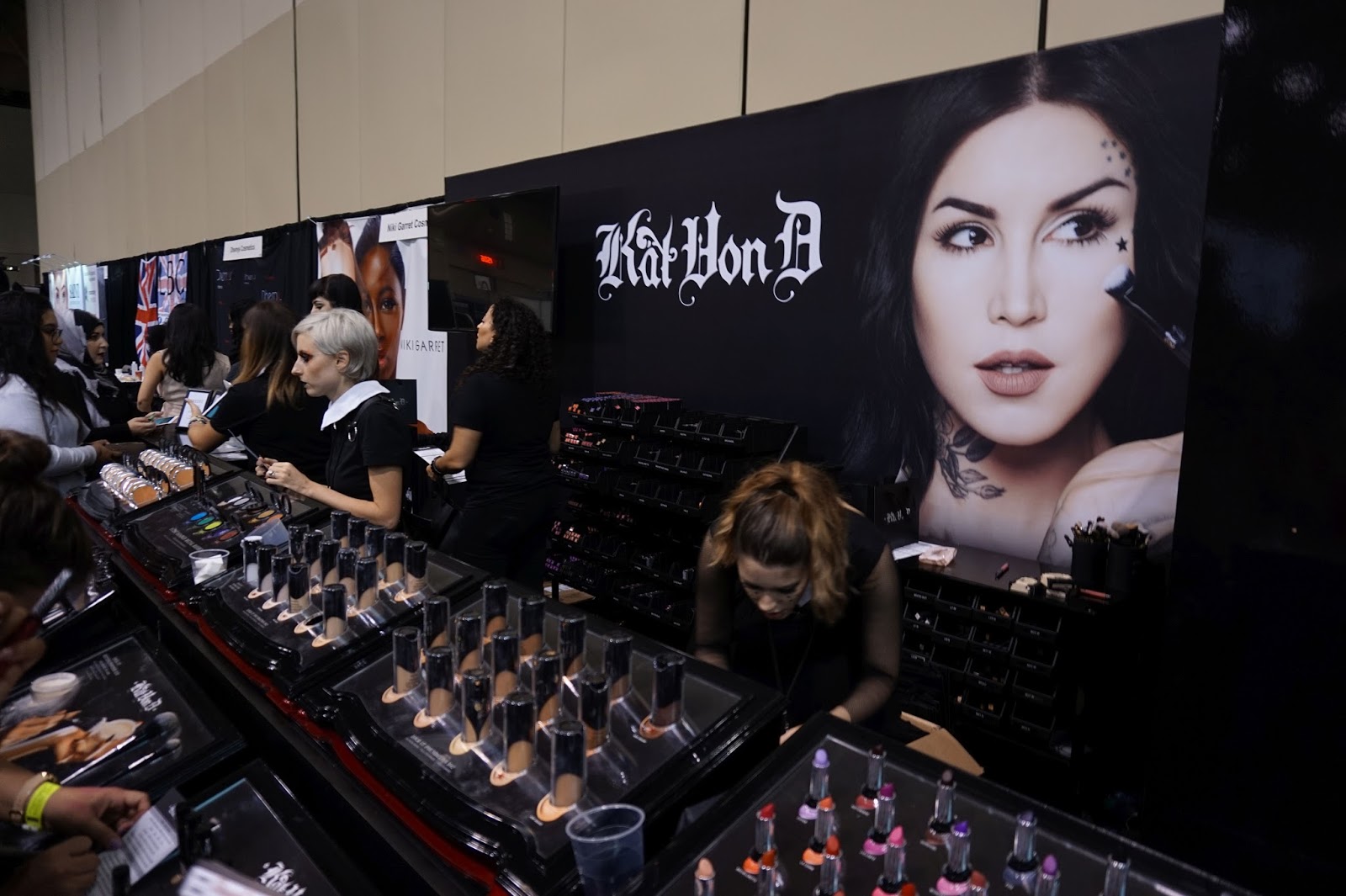 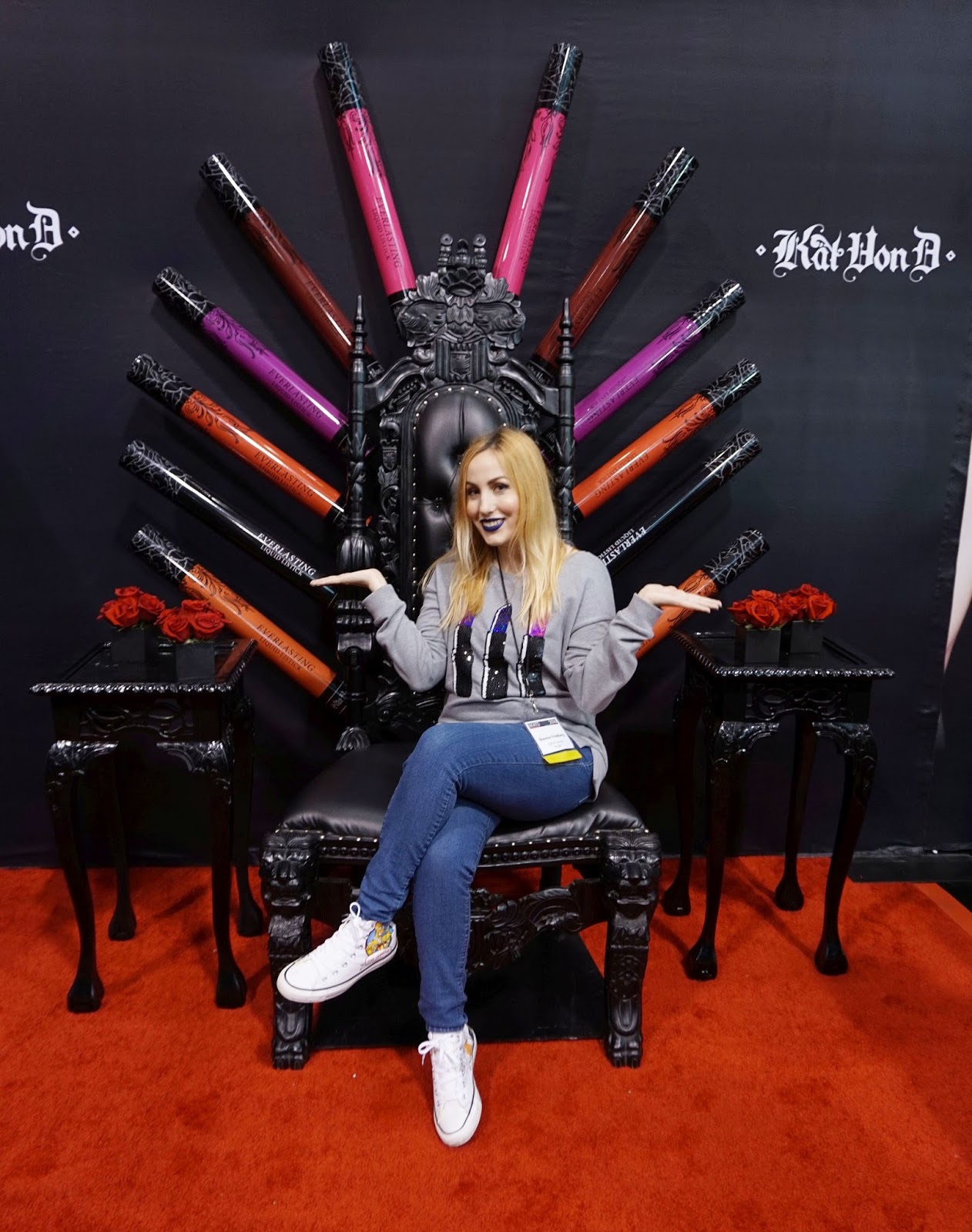 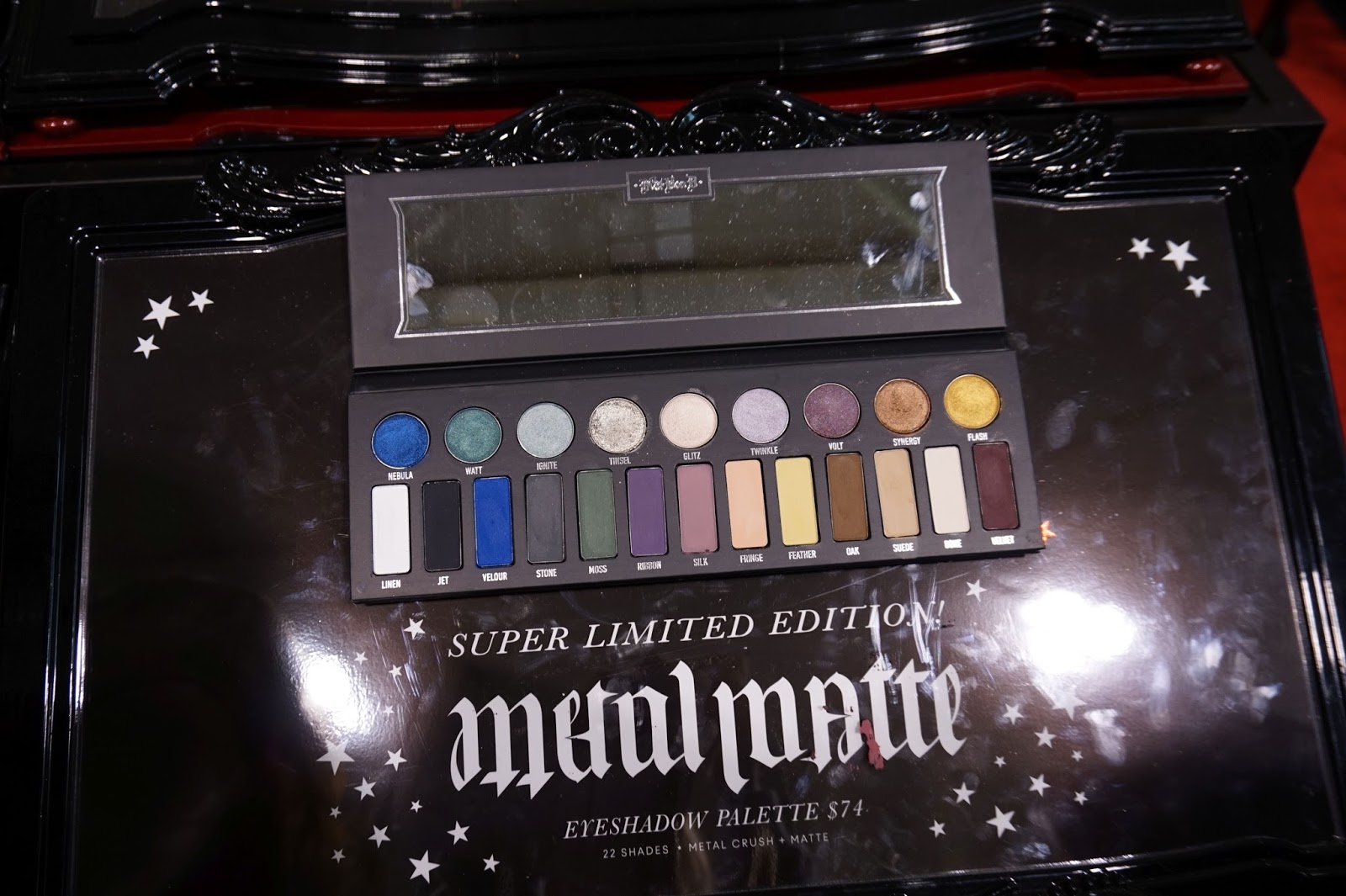 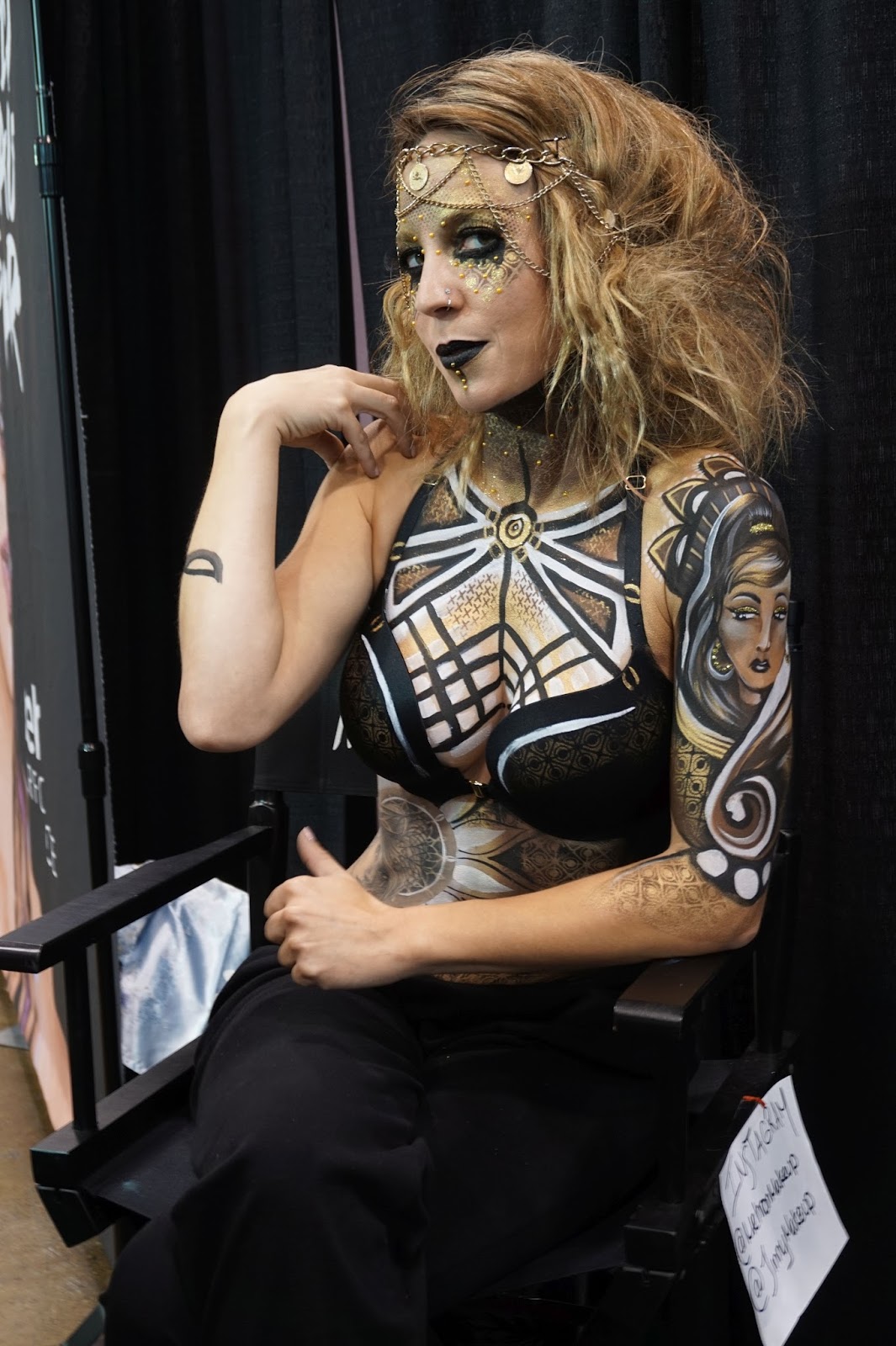 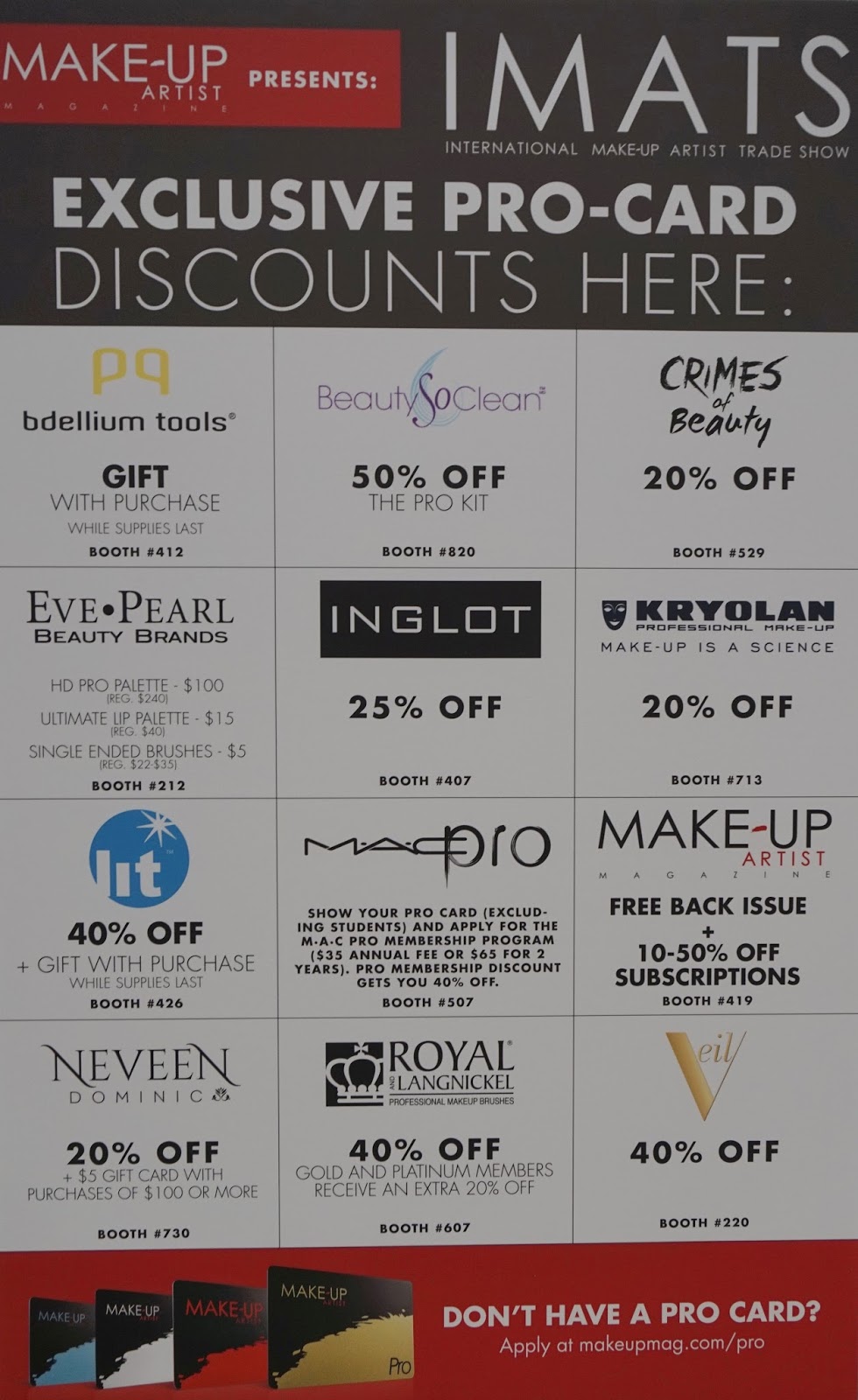 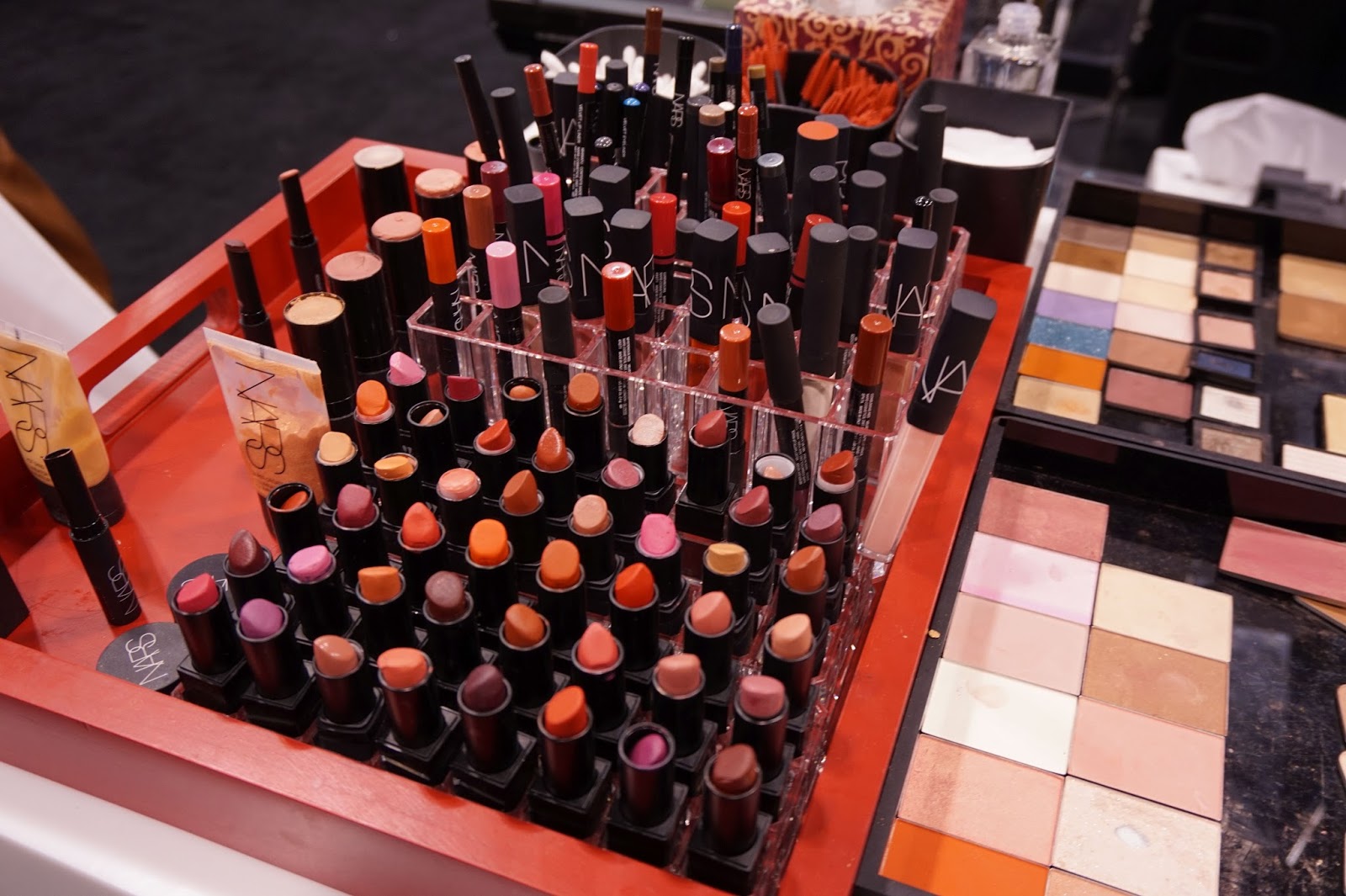 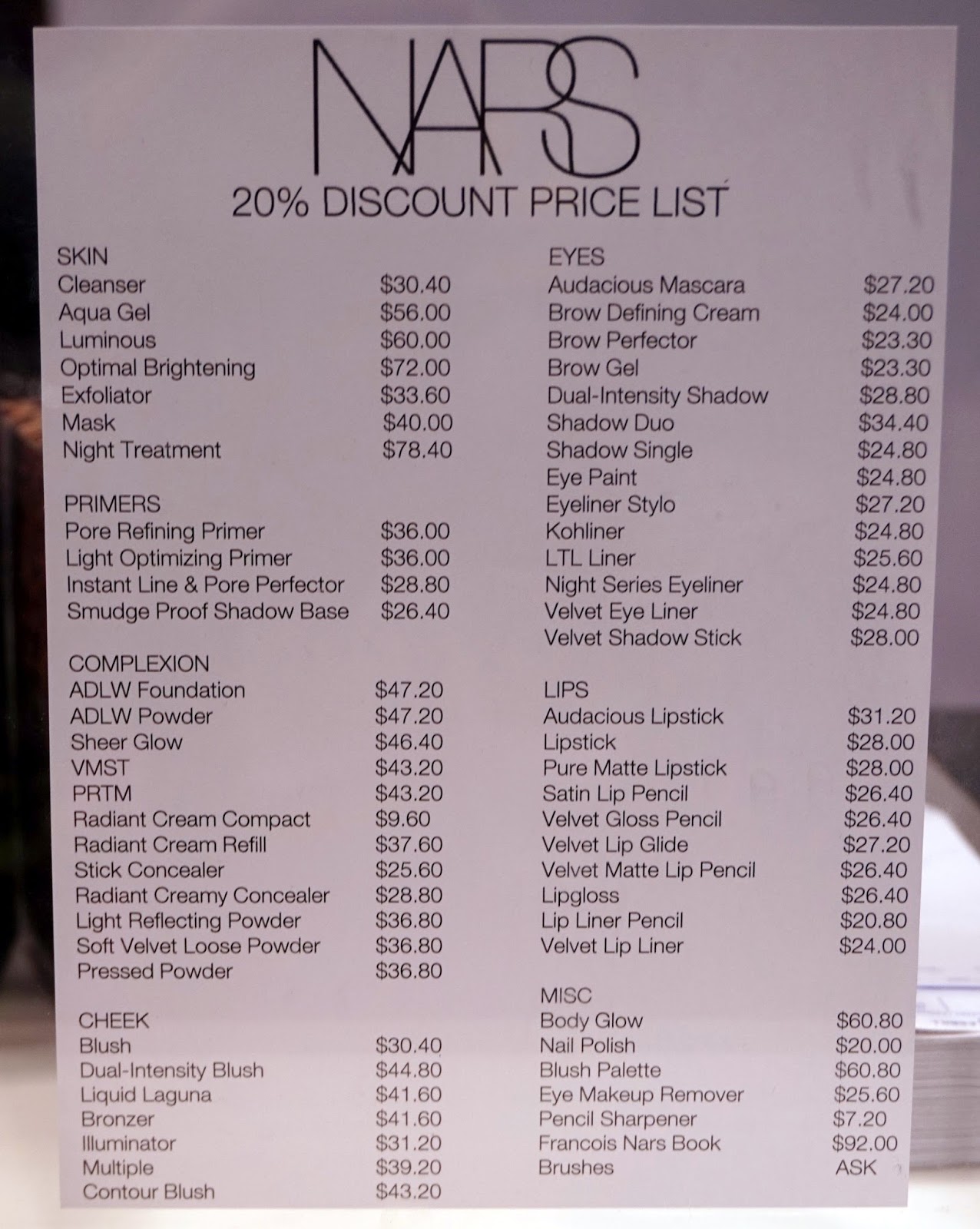 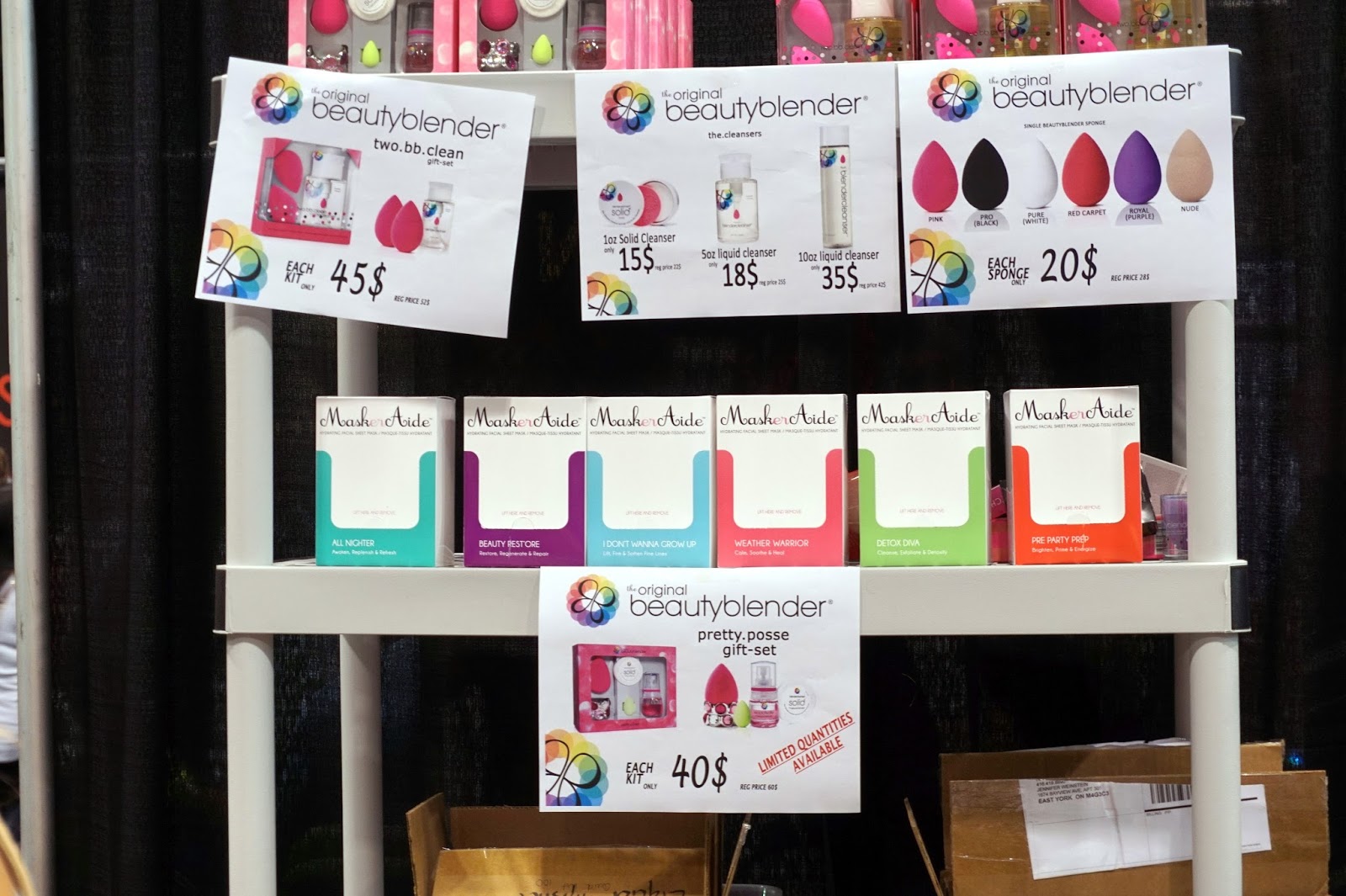 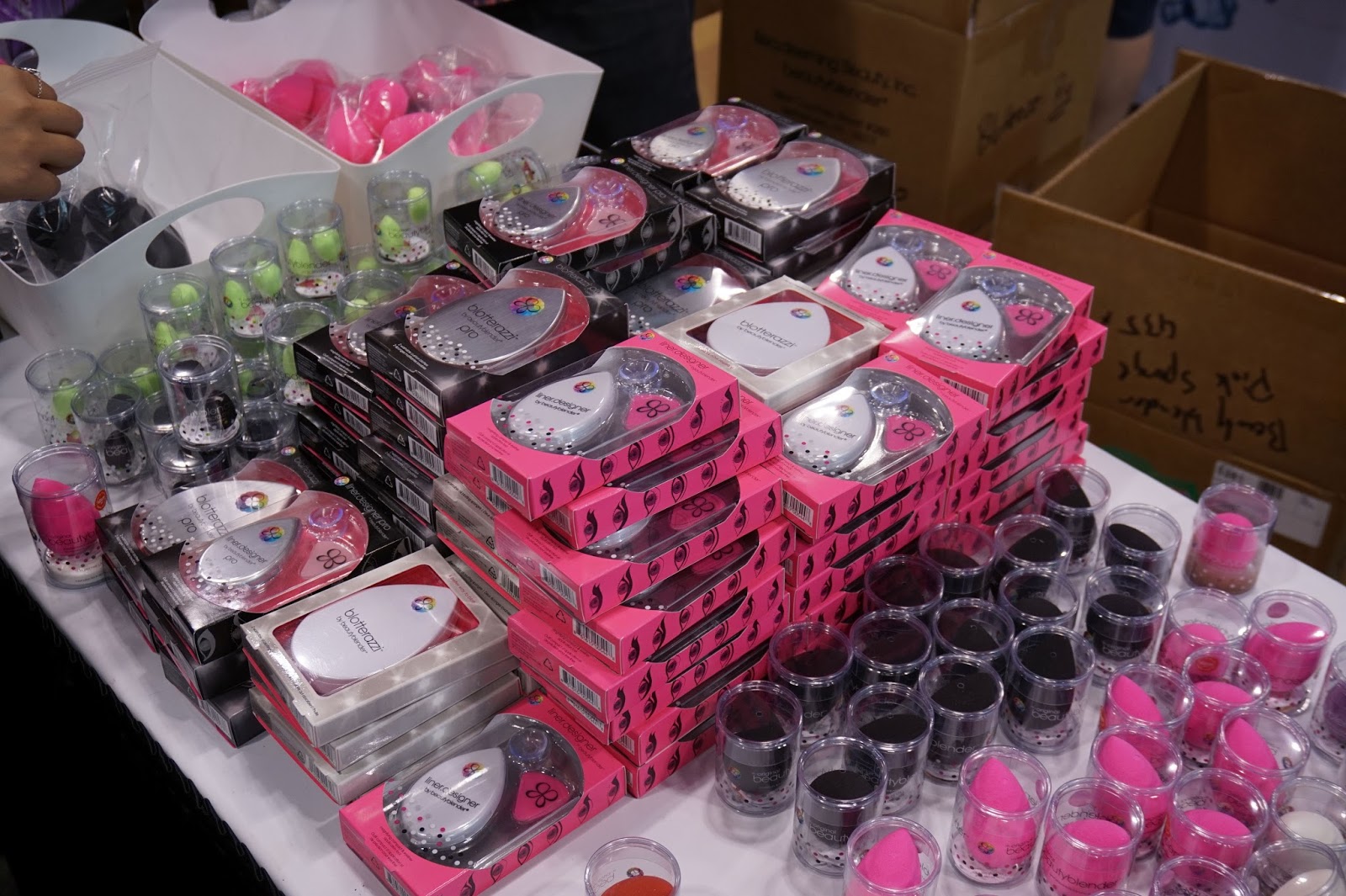 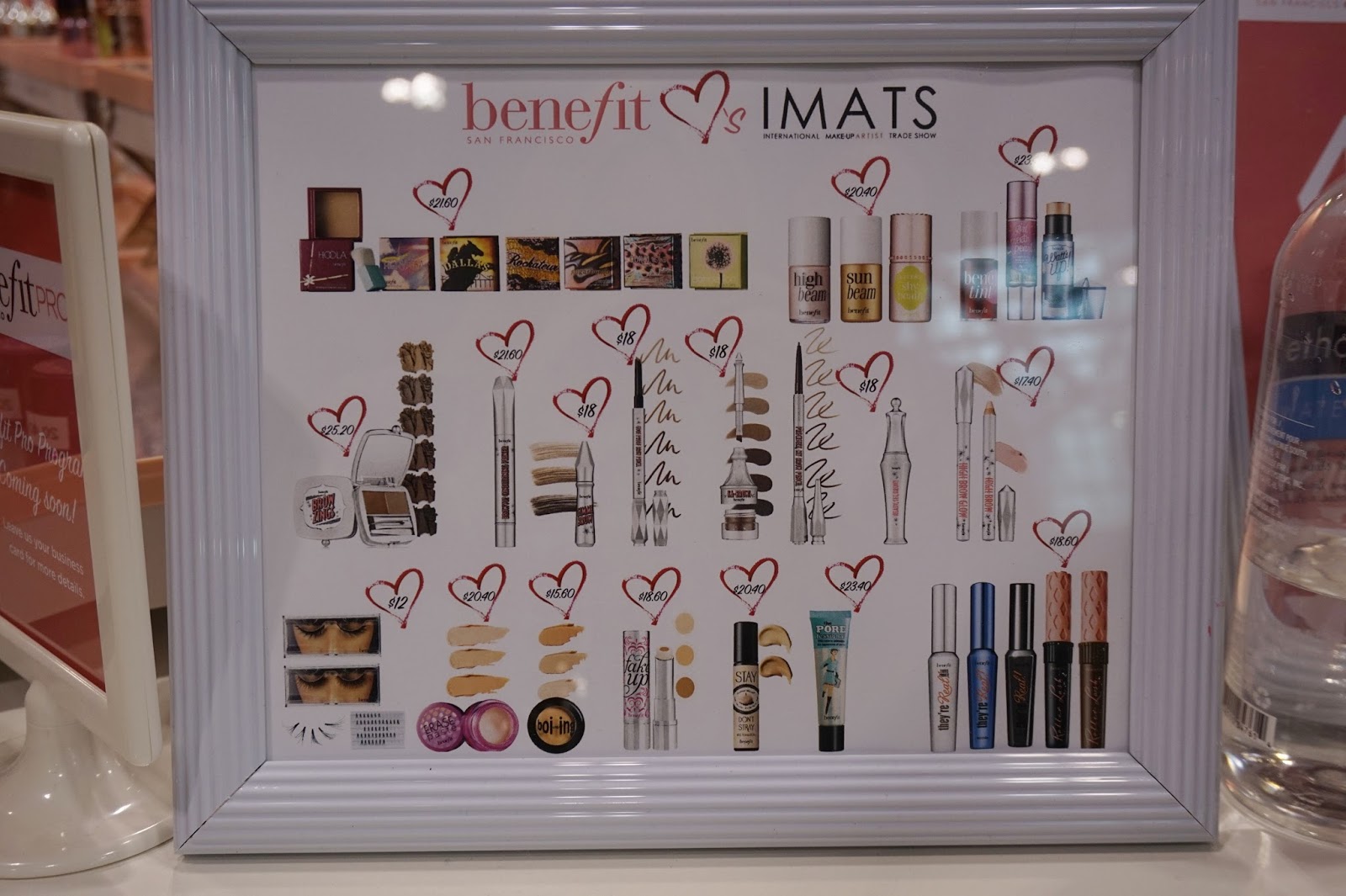 I managed to only buy a few things.  I finally got my hands on the Kat Von D Shade & Light Eye Palette, as well as the Studded Lipstick ‘Cathedral’.  The Kat Von D purchase came with a mini Tattoo Liner in ‘Trooper’ and a mini liquid lipstick in ‘Exorcism’.  I also have to mention how nice the ladies at the Kat Von D booth were.  They were friendly, very knowledgeable about the products, and even opened up a new tester lipstick for me, so I could compare swatches – Shout out to you, Team KVD!  My pal Kaitlyn picked up a few brushes from the Morphe booth for me (Thank you!), because she went in the morning, and went to the Morphe booth first.  I also got a sample pack of micellar wipes from Clinique (they were handing them out). 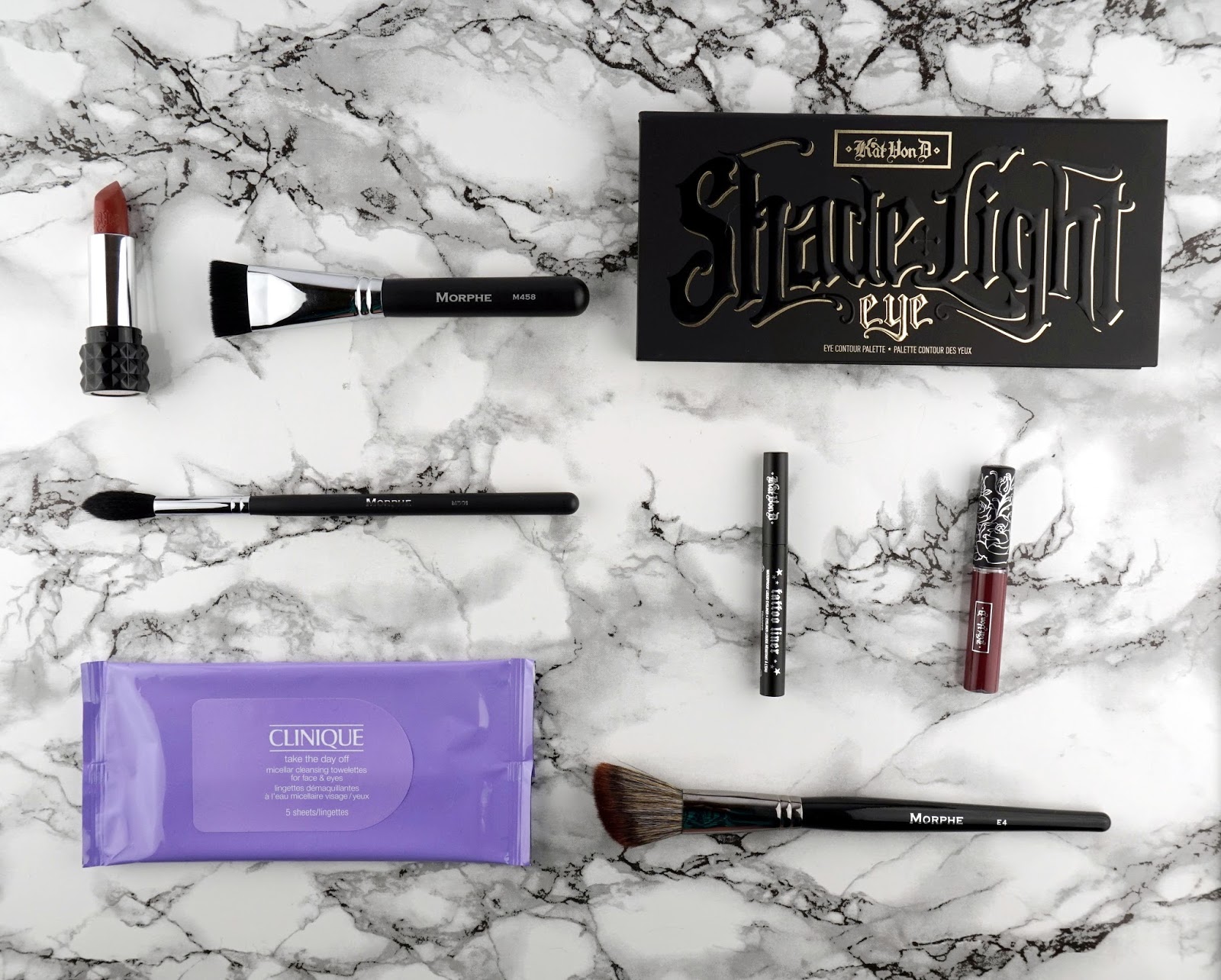 In the evening I went to the NYX After Dark IMATS after party, and had a great time with my fab blogger friends (Ladies in the photobooth pictures: Steph, Zubie, Miranda, Kaitlyn, Chelle, and Jen). 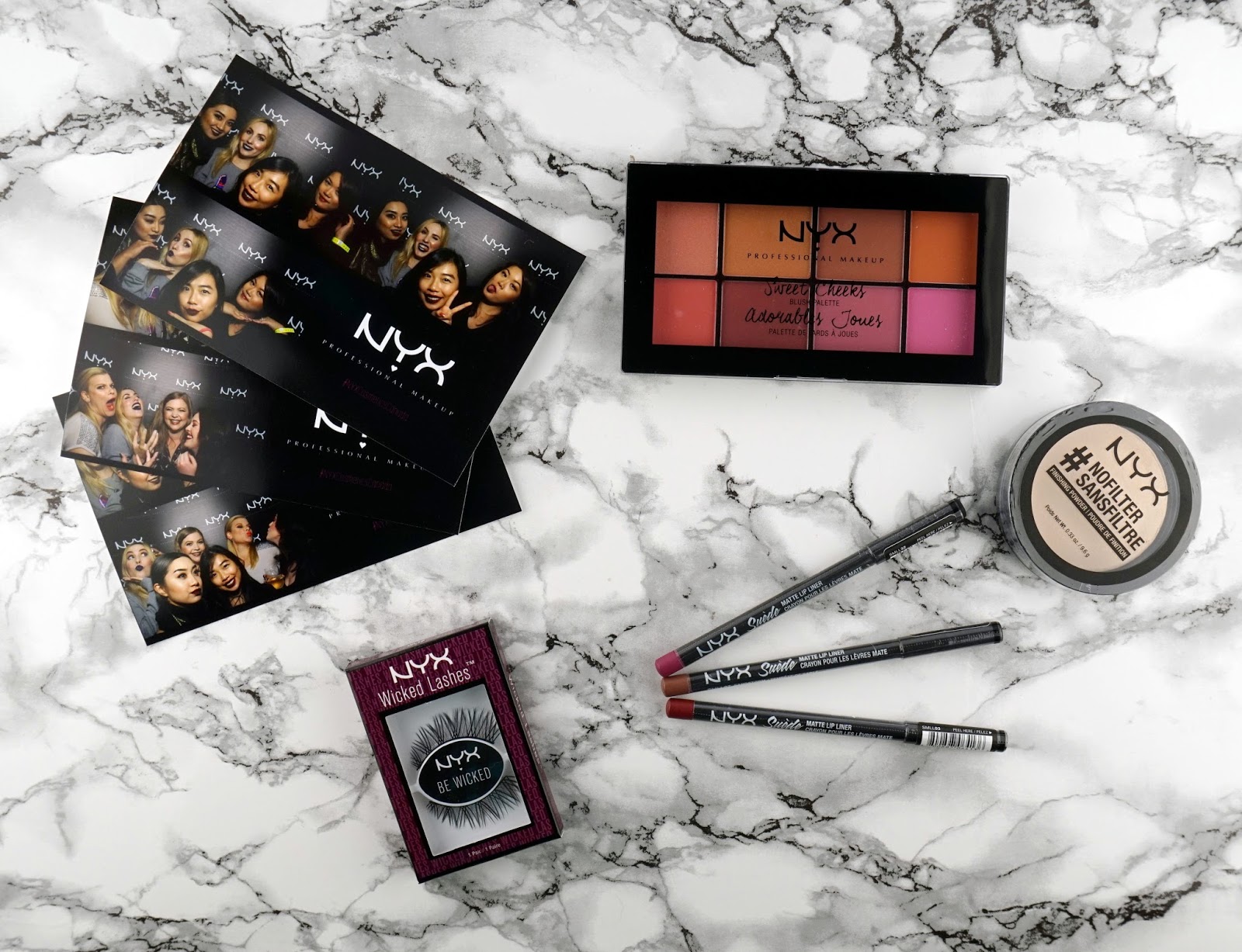 Alright – let’s talk about the best times to go to IMATS.  I always go on the Saturday, as I work on Sundays.  As I mentioned before, I have gone to IMATS bright and early, compared to this year, when I went near the end of the day.

Going first thing, when it opens:

Going in the afternoon:

Did you go to IMATS Toronto?  Do you plan on attending IMATS in the future?  Let me know in the comments below.

I was given a complimentary IMATS Press Pass.  The NYX products were gifted.